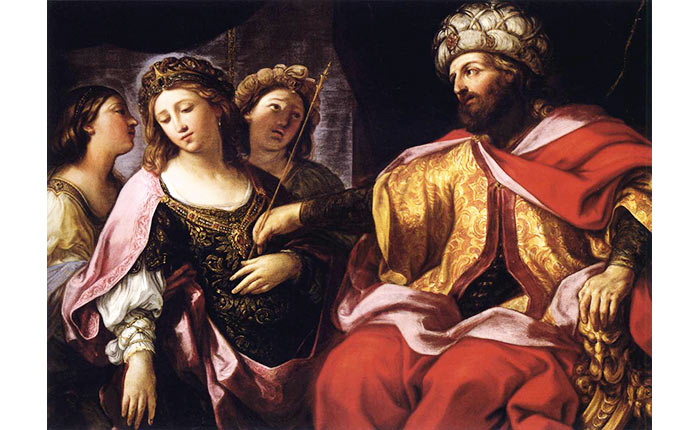 The theme in my life over the past couple of years has been God’s vast generosity to me. This has continued during the pandemic, the slowing of the pace of city life has simply provided me more space to spot all the small everyday gifts from God and the timely provisions and sovereign actions.

I’ve seen Paul’s prayer for the Ephesians in action:

“Now to him who is able to do immeasurably more than all we ask or imagine, according to his power that is at work within us, to him be glory in the church and in Christ Jesus throughout all generations, for ever and ever! Amen.”

It’s encouraged me and stretched my faith in praying bigger prayers and leaning more on God for what I need, knowing he provides abundantly more than we can ask or imagine.

When studying the Book of Esther, I spotted the theme of God’s abundant provision laced through the book. He doesn’t do things by halves. We might ask for one thing, for example, protection, and the way in which he chooses to answer includes far more than we often expect.

In the example of Esther, Israel needed  protection, but what they get is protection for the long term and a queen in the palace who is there to fight their cause, their enemies are dealt with and they receive financial prosperity.

Esther has great favour with the king – far more favour than she needed to simply secure safety for Israel. Interestingly, Esther is one of only two books in the bible that do not actually mention God, but the book is laced with his fingerprints of favour and abundant generosity.

I encountered this theme again whilst studying the book of Ezra. The providence of God for his people whilst under the reign of the Persians was ongoing. In Ezra 6 this favour reached its climax. as Israel had already been allowed to return to their land after exile with many riches and the support of the people.

King Cyrus had secured safety for Israel as they rebuilt the temple and also secured the finances needed (and more!). Then in the reign of the subsequent King, Darius, the Persian people and the local governor try to halt the building work but Israel remains bold and asks the governor to check with King Darius regarding the decree that Cyrus had released, and sure enough they found it and it says: let the building work be done and give them all the finances they need. So Darius then adds to this – give them all the finances upfront and also all of the resources that the priesthood need day-by-day and ask them to pray to the God of Heaven for us! How incredible! God provides over and above what his people need – and this is his great grace to them after the period of exile.

God is more generous than we can imagine

So my encouragement is this: don’t be shy in asking God to change a situation or provide for you in some way. He has such great grace for you, as one of his people, and he is vaster and more generous than we can ever imagine.

He doesn’t always answer our every prayer with a yes but when he does answer with a yes you can be sure it’ll be a big, abundant, flowing yes which will serve to give him glory as the great Father who knows how to give good gifts.

“Ask and it will be given to you; seek and you will find; knock and the door will be opened to you. For everyone who asks receives; the one who seeks finds; and to the one who knocks, the door will be opened. “Which of you, if your son asks for bread, will give him a stone? Or if he asks for a fish, will give him a snake? If you, then, though you are evil, know how to give good gifts to your children, how much more will your Father in heaven give good gifts to those who ask him!”

Monique Reichberger has served as a Koinonia Mission Leader for the past three years.