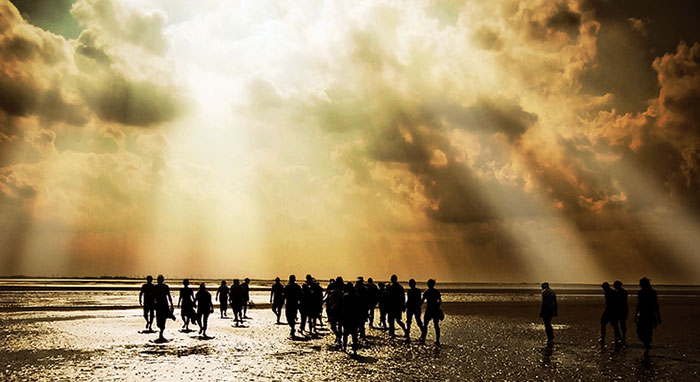 Given the instability of the last year and a half, I have been reflecting lately on perseverance. With all of the devastating news, changing restrictions and lockdown highs and lows this past year, I feel like I have learned a new dimension of persevering in this past season.

If the definition of persevering is “to continue in a course of action even in the face of difficulty or with little or no indication of success,” then I’d say up to this point in my life, I have generally focused on the first half of that definition. This is because the difficulties I’ve faced until now have generally been personal – either involving just myself, or someone I care deeply about. And, perhaps because of that more contained scale, in the past I’ve found it easier to have faith in God’s plan for the future.

However, the COVID crisis has affected everyone around the world to some degree. And, at least for me, the ongoing uncertainty of everything generally has been thrown into relief for so long that now I’ve started to get an inkling of what the second half of that definitions means.

Of course, persevering “in the face of difficulty” is a robust learning process in itself, but I can say with certainty that I have never faced difficulty as expansive and as long lasting as the circumstances of this past year and a half. Continuing on a course even in the face of difficulty with little or no indication of success feels more tangible to me now, because progress this past year has felt incredibly opaque and impossible to measure.

Yet in Hebrews 11, the writer proclaims,

“Now faith is confidence in what we hope for and assurance about what we do not see. This is what the ancients were commended for.”

He then provides examples of these ‘ancients’ through the bulk of the chapter –highlighting a number of great men and women like Abraham, Joseph, Rahab, the prophets, etc., who exhibited inspiring acts of faith through their life stories in scripture. Furthermore, he clarifies that they did this through facing a plethora of hardships. Indeed, Hebrews 11 ends:

“These were all commended for their faith, yet none of them received what had been promised, since God had planned something better for us so that only together with us would they be made perfect.”

These are the verses that lead us into the “therefore” in the beginning of Hebrews 12: “Therefore, since we are surrounded by so great a cloud of witnesses”

That “we” pulls us into the company of these incredible faith heroes. It is inclusive – including the writer as well as his readers, the Hebrews who had recently made the radical decision to follow Jesus and were likely struggling with the temptation to retreat back to a legalistic religious system where they would abandon this difficult faith journey. As well as you and me, right now. “So great a cloud” of legends “surround” us too.

That word “cloud” has always seemed so evocative to me.  Because it both brings to mind the calming clouds of the heavens above, which seem like a wonderful thing to be surrounded by, and because it also indicates the encompassing multitude of these witnesses, cheering us on as we endeavor to overcome present discouragement as if we’re in in a sports event or athletic competition.

It’s like the writer starts us off in the seats of a massive stadium, surrounded by a veil of fellow fans who are in fact legends in the field. A team of heroes in a race to which we too belong. These witnesses have run that race too.

Furthermore, the word “witness” in the wake of Hebrews 11 indicates that their righteous lives are both a clear witness to us, while also somewhat reinforcing the cloud metaphor: These witnesses witness us too, watching over us within this cloud.

And, despite the uncertainty of the day and age we live in, isn’t it encouraging to know we persevere within that inspiring company of faith heroes?

Larissa Vaz is a Women’s Mission Leader for Koinonia, An Evangelistic Community Outreach for University Students in London, United Kingdom. Larissa and her husband Lloyd are members of Antioch Community in London.