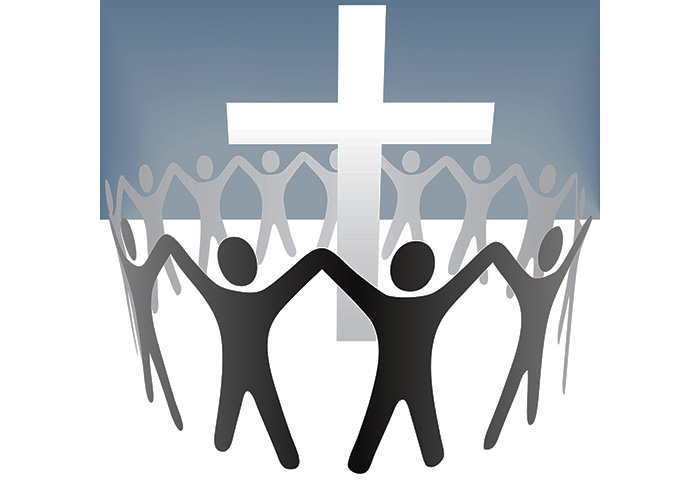 If a person living in the first centuries had been asked: What does the Church [the Body of Christ] mean in your faith? – He or she would perhaps have answered: The Church [ekklesia in Greek which means the assembly of Christian believers] is the mother who has borne me. It is the air I breathe, the ground on which I walk. Indeed, it is the Church [the Community of Christ’s disciples] itself which believes – it is the faith which lives in mine….

We modern people, no doubt, do not see the question in this light. While fully understanding and approving such an attitude, we must approach the problem from a different point of view.

The West is now emerging from a process of individualization in which the individual has emancipated oneself from the bonds of community in order to find one’s own basis in self alone. We all know this tendency has been deplorable in many respects. It has made an impression on our thought, opening up certain avenues to truth, but at the same time exposing us to error. Though we have been obliged to retreat somewhat, we must nevertheless take into account this individualistic tendency and may even employ it as a starting-point.

When we wish to get at the bottom of faith, we quite naturally appeal to the situation of the individual who is confronted by this problem in his conscience: “Is it God who is speaking here?

… Ought I to believe, or am I justified in following my own personal inclinations, … Should I take the step of faith, or should I remain oriented in myself?”

The loneliness in which the conscience must decide to assume the responsibility of faith, the boldness which this step requires, the steadfastness and will with which the decision must be maintained – all this points to the seriousness of faith. The individual knows that he stands by himself. No one can make the decision for him. He must triumph over the conflict between faith and his soul, his life, the world: no one else can do this for him.

Where does your faith come from?

All this is very true and may lead to emphasis upon the very modern idea of solitude and self­domination [self-mastery]. But we must ask ourselves a question: When You who speak this way – where does your faith come from? Have you derived it from yourself? Or have you received it directly from God? Of course you have not [simply received it on your own]! Your parents have raised you. Your teachers have taught you. You have learned about it in books. You have received your faith from the practice of faith in your local church, from the traditions of the environment [in which you were raised]. You have received not merely certain contents, certainly purely objective doctrines: which it is up to you to transform into faith or to refuse to believe as the case may be, but your faith itself as a way of life both for mind and heart has been kindled in you by the faith of others.

Instruction in Christian doctrine by itself is incapable of awakening faith in the hearer, only doctrine in which the teacher himself believes. It is when truth is loved and lived that it awakens faith. It is the faith of your mother, or your teacher, or your friend, or some other person around you, which has awakened your own. At first, without knowing it, you have lived with them in their faith – then your own faith arose, became definite, and finally found the strength to stand upright. Just as a candle is lit by contact with the flame of another candle, so faith kindles faith.

Of course it is God who makes faith [come alive in us]. He draws the heart; He touches the spirit. He draws the seed of a new life from some word which is heard, from some figure encountered, from some picture looked at. It is God who calls the individual – but He calls him or her as a human person, inextricably bound up with the maze of associations necessary for life. Humankind is for humankind the road to God; the individual separated from his environment simply does not exist.

These associations are so powerful that it is easy to recognize in our faith the attitude of those by whom it has been awakened: the way in which our teachers have conceived divine truths, the way in which a friend has imagined a holy life; the motives which have played such an important part in the life of the person who touches us so deeply; the emotion displayed by a family in celebrating a feast-day; the profound seriousness, unmindful of her own great sanctity, with which our mother used to pray, and the persistence which she derived from her trust in God – including also the feelings of like or dislike or even revulsion which characterized the atmosphere of our childhood, as well as the special customs of our social environment or local traditions.

God awakens faith in us

It is God who makes faith [come alive in us]. It is He who awakens faith in the heart of the one whom He calls. He may inflame a heart in an environment that is completely dead. It may cause the flame to spurt up on contact with a word in the air, or with nothing at all. “God is able out of these stones to raise up children to Abraham” (Matthew 3:9, Luke 3:8) – And this is basically what He always does; for what are hearts or the words of humankind before awakening to divine life? And yet grace follows the path of human things. Our faith is awakened through contact with the faith of those from whom we have received our life, our early instruction and our education. The faith as it has been lived by our family or by our friends, its intensity and its special features continue to live on in us.

There is no such thing as an isolated, autonomous faith. We need only imagine for a moment what would happen if all faith should suddenly cease to exist around us. I do not mean that the world should suddenly become hostile to our faith; for hostility in itself implies a relationship; it can kindle, it can arouse even to the point of risking all. – That is not what I mean. Let’s imagine a climate of indifference, or rather of complete indifference. Could we really be believers in such an atmosphere? Would we keep our faith? Nothing is impossible to God, but experience teaches us that in such an atmosphere faith would never be born – and even if it were, it would be frozen to death, like a tiny plant on a glacier.

A living and believing community

Our personal faith draws its life from the totality of faith around us, which goes back from

the present into the past; but that means church [the body of Christ].

“The Church” means the “us” in faith; it is the sum total, the whole community of believers; it is the believing collectivity. It is not merely Christian prayer which ought to say “us,” but also faith. The latter is equally rooted in “us,” understood as a whole. The true “us” is more than a mere sum of individuals. It is a movement proceeding from them all. A true collectivity or totality is something more than a simple grouping of a few individuals; it is a vast living structure of which each individual is a member.

A hundred people who stand before God as an ekklesia [Greek word meaning assembly] represent something more than the mere addition of a hundred individuals; they constitute a living and believing community – we do not mean merely a simple “community” in the purely subjective sense of the term, a convenient designation for a feeling arising from the communal needs of the individual. No, the origin of the community we are referring to here, its consistency and its value, are drawn from something outside the communal needs of the individual; they come from elsewhere, they derive consistency and value from elsewhere: I refer to the “Church” [Christ’s body].

…The Church founded by Christ, the bearer of His word, speaks to the individual with authority. “If they still refuse to listen, tell it to the church; and if they refuse to listen even to the church, treat them as you would a pagan or a tax collector” (Matthew 18:17). It is for each individual the sphere of his Christian life. In it “we are no longer strangers… but members of God’s household” (Ephesians 2:19). It is the choir in which individuals each have their place. It is a believing totality, militant, offering, celebrating. It is the unity of the holy life in which each shares. It is the body after having been the womb which bore him.

In it the redeeming power of God has got hold of the roots of existence. The new creation has begun to exist in it. New heavens and a new earth – We might almost say a “new nature,” only now true nature, made possible by grace.

This excerpt is from The Life of Faith, Chapter 9, by Romano Guardini. It was lightly adapted for contemporary readers.

The Life of Faith (Vom Leben des Glaubens) by Romano Guardini was first published in German by Mathhias-Grunewald-Verlag, Mainz, January 1, 1935. An English edition was published by The Paulist Press in 1963 by special arrangement with The Newman Press, Westminster, Maryland 1961. The English translation is by John Chapin, © The Newman Press 1961.

Romano Guardini (1885-1968) was an influential Catholic philosopher, author, and priest in Germany. He was chaplain for a Catholic youth movement and chair of the Philosophy of Religion at the University of Berlin until the Nazis forced him to resign in 1939. He openly opposed the Nazi ideology. His books, lectures, and homilies influenced many Christian thinkers, especially in Central Europe, including Josef Pieper and Joseph Ratzinger (Pope Benedict XVI).