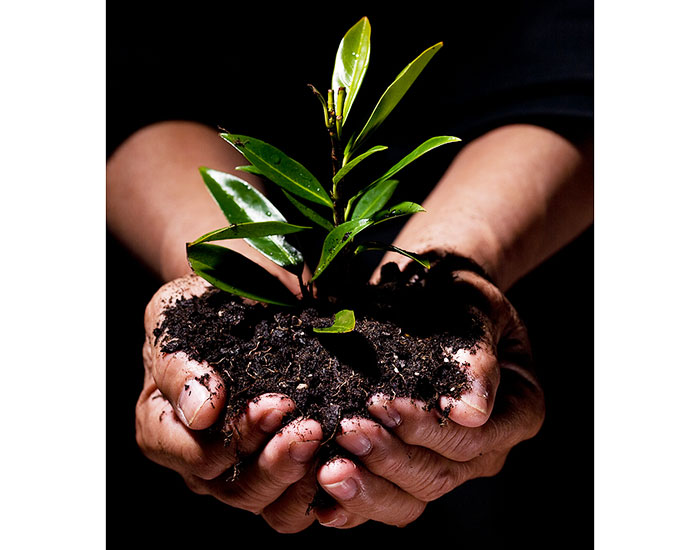 “Listen! A sower went out to sow. And as he sowed, some seed fell along the path, and the birds came and devoured it. Other seed fell on rocky ground, where it had not much soil, and immediately it sprang up, since it had no depth of soil; and when the sun rose it was scorched, and since it had no root it withered away. Other seed fell among thorns and the thorns grew up and choked it, and it yielded no grain. And other seeds fell into good soil and brought forth grain, growing up and increasing and yielding thirtyfold and sixtyfold and a hundredfold.”

On Sunday, a visiting pastor to our church gave a short sermon on the parable of the sower and the seed. He mentioned that the parable is not so much about the seed, the seed is just fine no matter where it lands. (We learn in Matthew 13 that the seed is the “word of the kingdom,” in other words, the Gospel.) The parable, he said, is all about the soil.

This comment got me to thinking about my Uncles, Ezra and Dick. Ezra managed an agricultural soil service company and Dick was a farmer. Memories of these two men were very much a part of why that comment about the soil got stuck in my head.

Uncle Dick, the farmer, was one of the hardest working people I have known. His life revolved around the soil: preparing the soil for planting, doing the actual planting, fighting with weeds, fighting the deer who came to eat his crop, fighting the irrigation system, harvesting, and then preparing the soil for next year’s crop. He worked long days, most weekends, and took few vacations. He had good soil, much like the good soil in Jesus’ parable, but he worked hard to make sure that soil stayed good year after year, decade after decade.

All that hard work payed off. Dick profitably farmed the same soil for more than 50 years, and his son is farming it today. Over that long time, I can’t even imagine how much corn, wheat, and soybeans came out of Uncle Dick’s soil.

It occurred to me that Jesus’ parable of the seed and the soil only gets you through the first growing season. What about the next year and the year after – what about 50 years down the road? Does the soil remain “good?”

Yes, the soil can remain good, but it takes a fair amount of work to keep it so.

A number of us are several years or several decades into being soil for the Gospel of Jesus Christ. The seed is not a problem, but the soil needs constant attention. In 1 Corinthians 3:9, the Apostle Paul declares “you are God’s field.”

Then, being Paul, he abandons the metaphor and tells us about building instead of farming. “Now if any one builds on the foundation with gold, silver, precious stones, wood, hay, straw,”

Paul says, “each one’s work will become manifest; for the Day will disclose it, because it will be revealed with fire, and the fire will test what sort of work each one has done.”  (1Corinthians 3:12-13)

Even with the shift of metaphor, Paul’s meaning is clear. We are called to work. We work to spread the Gospel to others; we work to keep the Gospel alive in the soil of our own lives.

You and I have been blessed. The Lord has brought us to himself. He has given us a wonderful life in Him among amazing Christian brothers and sisters. We receive more support for our Christian lives than any one of us has a right to ask. But even in this amazing environment, even among this cloud of witnesses, my heart is not safe—I am not *automatically* good soil. “Since we are surrounded by so great a cloud of witnesses, let us also lay aside every weight, and sin which clings so closely, and let us run with perseverance the race that is set before us.” (Hebrews 12:1) OK, so yet another metaphor, but that word “perseverance” points to the consistent work to which every Christian is called.

The work that you and I are called to do will never make us worthy of God’s love or of His salvation. Rather, we work the soil so that we might grow, increase, and bear fruit for the one who loves us and saves us. What do we need to do to prepare the soil for the harvest to come?

A good question, one that Uncle Ezra would have been happy to answer. “Fall is the best time for soil testing,” says a soil services web site. “If there are concerns about your soil fertility, or you experienced very low crop yields, then soil testing should be performed annually to help identify the problem.”

I think that the Lord is calling me, perhaps He is calling all of us, to do a soil test. Am I holding on to sin that I need to let go? Do the desires of my heart line up with a life given totally to Jesus? Has my attention been distracted by the (many, many) concerns of this world? Am I fertilizing the soil of my life with prayer and scripture? Am I living fully the life I have been called to live, even when doing so is difficult? Have I allowed bitterness to take root in my life?This list could, of course, go on and on. Perhaps a simple prayer would suffice: Lord Jesus, please show me anything in my life that is keeping me from being fruitful for You.