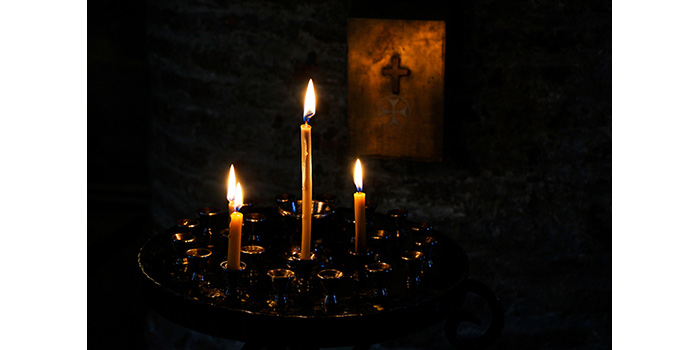 The King and His Kingdom.

During this Advent we focus on the King and His Kingdom.  We know that with Jesus’ invasion of this earth 2000+ years ago that the Kingdom has come – but we also know that it is also clear that it is not yet present fully.  So we Christians, we believers in this Jesus who came once and will come again, long for the full establishment of his reign.  And we long for the day for righteousness to be established and for wickedness to be cut off.  The King will come in righteousness to judge and to make war – and that will be a good thing, a very good thing.  In his Kingdom he will reign sovereignly, all will bow before him, and his will alone will be done.  Lord, let your Kingdom come!   And let your will be done – in all the earth and in all my life!

Watching, Waiting and All That Jazz.

I will always remember waking early on Christmas mornings, eager to walk down the stairs to see what wonders lurked under the Christmas tree.  And I can think of many a fishing outing sitting for hours on end, keenly attentive to the taught line, looking for the first indication that a fish was yielding to the temptation of the lovely bait I had skillfully placed before it.  And I remember those grueling neighborhood football games, poised as a linebacker, awaiting the proper moment to drill my enemy (I mean opponent) into the ground.  Advent is a season of watching, of waiting, of meditating on what it means for us as Christians to be prepared.  If the Lord is in fact coming again, well then let me humbly suggest we best be prepared.  Scripture exhorts us in many places to be alert, to not fall asleep, to not be caught “left out”.  Are you ready for the Lord’s return?  If he were to come again would he find you asleep?  Or perhaps nodding off?  Or just a good bit drowsy?  Are you watching and waiting, expectant of his imminent return?

“Who then is the faithful and wise servant, whom the master has put in charge of the servants in his household to give them their food at the proper time?  It will be good for that servant whose master finds him doing so when he returns. Truly I tell you, he will put him in charge of all his possessions.  But suppose that servant is wicked and says to himself, ‘My master is staying away a long time,’ and he then begins to beat his fellow servants and to eat and drink with drunkards.  The master of that servant will come on a day when he does not expect him and at an hour he is not aware of.  He will cut him to pieces and assign him a place with the hypocrites, where there will be weeping and gnashing of teeth.

An Anchor for Your Soul.

I don’t know how one could survive without hope.  It seems to me that despair is one of the saddest of conditions (though I suppose hoping in the wrong thing might be even worse).  Now, I’m not talking about vain hope – “hope” that in actual fact is just “wishing”, or “really wanting” something to be the case.  I’m talking about Christian hope, the hope of Christ.  The hope of Christ coming again, of God fulfilling his promises, of God’s kingdom being fully and finally established.  I am talking about placing your trust in a sure and certain promise – about hope as an “anchor for your soul” anchoring us to heaven itself (where Christ our hope has gone ahead and where he prepares a place for us).  “We Christians must be prisoners of hope, held captive to hope, never to be held by despair.”  We live therefore in confident expectation of a hope that is imperishable, undefiled and unfading.  May we set our hope more fully on God and his coming Kingdom during this season, and may this hope be as a weapon in our hand, fending off any despair or doubt that would ever array itself against us!

We have this hope as an anchor for the soul, firm and secure. It enters the inner sanctuary behind the curtain, where our forerunner, Jesus, has entered on our behalf. He has become a high priest forever, in the order of Melchizedek.

Do You Know Where You’re Going To?

Abraham went out, not knowing where he was to go.  Now that’s my kind of guy!  (I am often accused of having no idea where I am going!)  Abraham also lived in a tent – for 100 years!  He had a home, and he was comfortable there.  He had family there.  He had a good livelihood there.  He liked it there.  But God called him to somewhere else.  God called him to his true home – to a city that had foundations, a lasting city.  So Abraham became a sojourner, an exile.  He became a stranger, a foreigner.  He became an alien – or to state it more accurately – he went to a place where he would be an alien.  He was a pilgrim, a passing guest.  And all this was done in obedience – a response of faith to a God of promise.  Abraham “pilgrimed” in faith, always heading towards a better country – his true homeland – a city whose builder and maker was God.  Hebrews 11 summarises it beautifully.  Where are you headed?  Where are you “pitching your tent”?  Where are you “looking to establish foundations”?

By faith he went to live in the land of promise, as in a foreign land, living in tents with Isaac and Jacob, heirs with him of the same promise. For he was looking forward to the city that has foundations, whose designer and builder is God.

One of my favourite Advent talks (okay, I will have to admit it – I gave it!) was entitled “Pilgrim’s Principles”.  I like its simplicity (seemingly an appropriate enough trait for a talk on Advent).  Pilgrims – those passing through one place with their main aim being to travel through that place to arrive at another better place – have many important things to teach us.     For example, you definitely don’t want to carry anything more than is strictly necessary – it’s just too much hassle (the seasoned traveler well knows this valuable lesson).  So travel light.  If you’re really not staying long, and if you really aren’t making your home somewhere – well then don’t settle in and don’t seek to make yourself comfortable.  In fact, I recommend you don’t unpack your bags.  And thirdly (all good short talks have three points, right?) – keep your eyes on the prize!  Keep in mind your ultimate destination.  Don’t let things deter you or distract you.  Remember where you are going.  You’re going home!  You don’t belong here.  Here you are just a passing guest.  So in this special season, but in reality in every season – heed the advice of seasoned travelers!

“Hear my prayer, O LORD, and give ear to my cry; hold not your peace at my tears! For I am a sojourner with you, a guest, like all my fathers.

“Our hearts search restlessly, and they find no rest till they rest in thee.”  These words (paraphrased) of St. Augustine’s describe our life here on earth.  A church prayer expresses something similar, “may we rightly judge the things on earth, and rightly desire the things of heaven”.  A fundamental reality of our earthly existence is this keen sense of longing, of desiring, of restlessness, of not being fulfilled, of not being “at home” – this profound sense of “not having arrived” and of being “in-between” in a heart-piercing way.  And all this, while painful, is good.  It is an experience of the reality of something which is to come – something which we taste now so as to whet the appetite, yet something which we see now but only dimly as through a mirror.  There is a (thinning) veil keeping us from fully comprehending and fully entering – but we await the day when that will no longer be the case.  Maranatha, come Lord Jesus!  May your Kingdom come!

For now we see in a mirror dimly, but then face to face. Now I know in part; then I shall know fully, even as I have been fully known.

The Daily Reflections for the Advent Season was first published in Daily Meds from the Q Source 3© 2012 by Dave Quintana.

Dave Quintana is currently the presiding elder of the Servants of the Word, a missionary brotherhood of men living single for the Lord, and a member of the executive council of the Sword of the Spirit. He currently lives in Lansing, Michigan, USA.