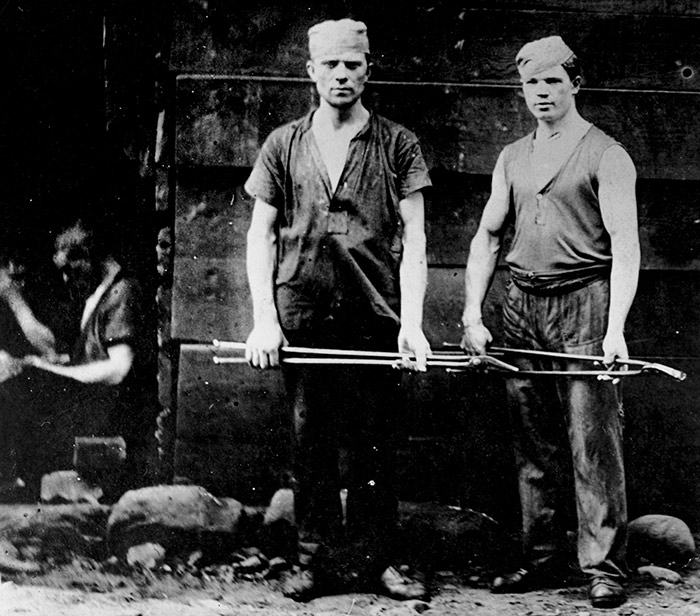 Imagine two men who are given year long jobs in a sweat shop. Each man works the night shift in a hot and humid factory. Their bosses are overbearing and perhaps even brutal; the tasks are tedious and tiring; and the hours long and dreary.

How will they react to the harsh conditions? The first man will hate every moment and probably give up after a month. The second man will whistle while he works.

What do we need most today, at this very moment? We think we need relief from a current stress (financial, emotional, directional, or relational). But that is not our deepest need. Our deepest need is a deep belief of the heart. We need hope.

How can we endure difficulties? In Romans, Paul says,

We also rejoice in our sufferings, because we know that suffering produces perseverance; perseverance, character; and character, hope. And hope does not disappoint us…

Notice the end result: suffering produces hope. And notice that hope is not wishful thinking; instead, “Hope does not disappoint us.” God is producing in us a firm certainty of his future for us. In fact, he is using the very circumstances which we hate to create in us something that we’ll love. He is creating hope. And we need this far more than we need a fix for any set of bad circumstances.

God wants us to possess strength of character – hope – that empowers us right in the middle of the harshest of circumstances. Like the factory worker who knows he’ll receive twenty-five million at the end of the year, we’ll be able to whistle while we work because of a bigger promise, a firmer certainty, and a greater future.

Let’s say we want to strengthen our muscles. So we pick up some dumbbells and begin curling iron. After five minutes our biceps are screaming and our body says to us, “I’m not getting stronger, I’m getting weaker!” Our trials can feel like that, but God is using them to build strength.

I don’t mean to be glib about our difficulties. Sometimes these are merely passing insensitive comments, but other times they are the loss of a loved one. My sister Becky lost her ten year old son in a car accident. She wrote,

To see my lovely, living and breathing child suddenly turned into nothing but an empty, lifeless shell seemed to me to be an unspeakable perversion. It left a huge gaping hole in my heart and life. I saw death as a monstrosity, repulsive  – a thief who had the power to rob me of life and joy.

But because of what Jesus has done for us by dying for our sins and being raised from the dead, death can ultimately no longer rob us of anything. My son Robby is right now in the presence of God.

The Bible teaches us that when we die, we go immediately into the presence of Christ.  “Today you will be with me in paradise,” Jesus said to the thief on the cross.  St. Paul said, “For me to live is Christ, and to die is gain.” Death can only be gain if we are alive in the presence of God. Revelations 14:13 says: “Then I heard a voice from heaven say, ‘Blessed are the dead who die in the Lord from now on.’”

The biblical attitude towards death can be summed up in one great statement. It is a blessing. Jesus Christ has changed the meaning of death for the Christian.

Death is no longer our executioner, but has become our gardener.

What is the controlling reality of our hearts? Is it pejorative comments made by insensitive people? Is it hopeless lies which come from tragedies? Or is it the deep reality of what Christ promises us?

In the Lord of the Rings, at the Battle of Pelennor Fields [Book 3: The Return of the King, by J.R.R. Tolkien], the battle has been fierce and bloody, the evil Lord of the Nazgûl is dead, but casualties of dear friends also lie strewn about like refuse, the enemy’s forces seem unlimited, and all hope is lost. Into this darkness rides Aragorn on a fleet of ships. Then Éomer sees Aragon, “and wonder took him, and a great joy … and he sang.” That is hope for us. We see the future, arriving.

One of my favorite hymns is For All the Saints, and my favorite verse in that hymn is this:

And when the strife is fierce, the warfare long,
Steals on the ear the distant triumph song,
And hearts are brave, again, and arms are strong.
Alleluia, Alleluia!

This verse summarizes the ending of the Battle of Pelennor Fields (in far fewer words!), and it perfectly illustrates how hope and the Holy Spirit work in our hearts. When our strife is fierce and our warfare is long, the Holy Spirit opens our ears and our eyes to the distant triumph to come. That knowledge of the future – our true hope – pours bravery back into our hearts and strength back into our arms.

We can face the day and all that it throws at us. We already know the outcome – eternal and glorious life – and we hear the victory song.

© Copyright 2012, Beliefs of the Heart, Ltd. All rights reserved.