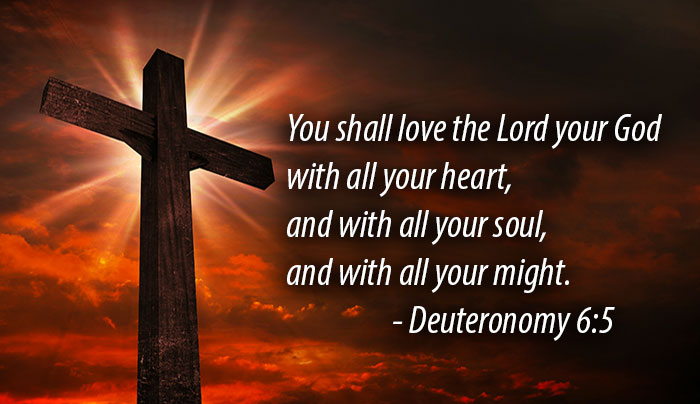 Our beginnings in Christian Community

When we started our community, La Cuidad de Dios (The City of God), a charismatic covenant community in Managua, we wanted to build something solid. And for some time we thought we had built a solid Christian community.

Then one day the Lord gave our community a vision. It was a vision of a wall [a bulwark] which the Lord had called us to build a few years earlier. And the vision of this wall looked impressive.

But then as the vision unfolded, we saw a torrential rain storm that fell heavily upon the wall. After the wind and rain had washed away the plaster and cement that held the wall together – what was left was a pile of barren bricks stacked on top of one another. Then the bricks themselves began to fall apart, until the wall was reduced to a heap of gravel.

Then the Lord explained to us the meaning of the vision. The wall was made of bricks, and bricks are man-made. Then we realized that the wall was supposed to be made of solid stones – not man-made bricks. He wanted the wall to be made of stones which he had made. God wanted to give us solid stones which he had made in place of man-made bricks. The bricks which we had used to build the wall were held together by cement. We understood clearly that the cement which held us together was the quality of our teaching, the joy of our picnics, the beauty of our common worship at community gatherings, the friendship among the brethren, and even the supernatural protection the Lord had given us in times of danger. All of that was really a beautiful work, but it was insufficient to sustain us in more difficult circumstances. And that was exactly what began to happen. When things got really rough, many people left the community or left the country.

We now understood that if our life together as a Christian community was to survive and grow, then all of our members would have to become living stones made by God through his Spirit. Instead of being held together by cement, these living stones had to be finely chiselled, so that they would fit very well together and stay united. Their union would be the result of the way they were formed by God into the likeness and character of Jesus Christ.

I believe that if someone has a sense of vision or mission, but lacks a sense of covenant that person will be an easy prey to discouragement or despair.

The Lord has made a covenant with his people. The bottom line of this covenant is, “If you are entirely mine, I will be all for you, and you will receive all things from me.” That is what I call a transaction between nothingness and the infinite, between man’s powerlessness and God’s omnipotence.

In its core, this is nothing but the continuation of his first covenant:

In the chapters that follow in Deuteronomy, the Lord spells out for his people all that they can expect from him in exchange for this full obedience. And what they can expect is absolutely everything, as our Lord reminds us in the Sermon on the Mount, when he recalls the lilies of the field and the birds of the air which God clothes and feeds.

And this is the first commandment of God’s law. Contrary to the Jewish people, we are so stupid that we settle for just an awareness of the commandment, while forgetting that through that commandment God was establishing a covenant with his people.

In Scripture, God compares us to three kinds of people, apparently opposed to each other: a son, a soldier, and a slave. These persons have nothing in common, but one thing: that the son need not worry how to buy the books for school, or the slave what he will eat this evening, or the soldier how he will buy his weapon. The three of them receive everything from their father, their master, their chief… and these three things is what our God and Lord is for us. And in exchange for that, they only owe one thing – obedience.

From early on, the Lord wanted to instill very deeply on us this sense of covenant. He judged this so important that he often would not grant us anything unless we appealed to his covenant with us. Together with that, he never waited to respond when, with a view to his mission, we claimed his total support and divine intervention for us to move forward. We could spend several hours witnessing to his faithfulness to the covenant.

When the civil war exploded in Nicaraguan in 1979, he told us quite clearly that we ought to trust in his covenant to such an extent, that we could forget completely about our personal safety so we could be free to go and serve others. The physical, psychological and spiritual protection we then received was just incredible.

This is another stone we need to bury deeply and cover with ground. If, when the time comes for us to act in his mission, we do not have beforehand the total certainty that the Lord of faithfulness will be with us, we will hesitate and will then be rendered ineffective.

It is from his covenant that we derive his power.

This stone is laid on top of the others and is a consequence of them. It emerges from the lordship of Christ, to whom all power has been given in heaven and on earth. This power has been promised to his disciples: “[You] will also do the works that I do; and greater works than these will [you] do” (John 14:12). “I am with you always, to the close of the age” (Matthew 28:20). This power is necessary in order to carry his cross, to carry out his mission, which is so far above our strength. And it is a consequence of his covenant, in which the very omnipotence of the Omnipotent God is committed with his people.

Let me repeat – our mission is far beyond our strength, and without God’s power we have no chance to accomplish it. The Lord has already said it, “Apart from me you can do nothing” (John 15:5).

Here it would be fit to clarify what power I am referring to. The first thing that must be clear is that we are not referring to a power that is of us, but in us, and able to act through us. Of course, I am referring to the power of his Spirit in us, which is the very dynamis of God.

We need this power, and the Lord has sent it to us, for several different things:

1. First of all, we need it in order to live according to his law. If the only thing Christ came to do was to bring a better law than the preceding one, then we are at a worse place now than before. Because, if we could not fulfill the former law – which, by the way, nobody has abolished – much less will we be able to live according to his Beatitudes.

But, thank God, the Lord did not come for that purpose, but in order to write his law in our hearts, according to his New Covenant, and to give us the power for us to fulfill it through the Spirit of God that has been poured out on our hearts.

2. We need his power in order to be like him, to think, to feel, to want and to love like the only-begotten Son of God. And this is the work and the fruit of the Spirit who, from one degree of glory to another, shapes us according to Christ in order to give us his own character.

3. It is also the power of prayer, which is the way to involve God’s omnipotence in the lives of men and even in the destiny of the peoples and in the events of history. It is to verify that God did not make the world as one would manufacture a clock and wind it, and then let it run until the end of the story. Christ is, instead, the Lord of history, and the leaf of a tree will not move or a hair from our head will not fall without his consent.

4. It is also his power or authority over the devil. It is an authority the Lord gave his disciples, because he came to undo the work of Satan. We are to carry on his work, and we have seen our authority confirmed a thousand times in delivering people from the devil’s claws.

5. It is an openness to all the gifts of the Spirit, the gifts that the Lord is now pouring out on his people, in an unprecedented outpouring in the history of his Church: power to heal the sick, word of knowledge, tongues, prophecy, wisdom, discernment, miracles, etc. These are gifts the Lord is giving because he knows we will need them, because the Lord does not send anything without a reason, and because spiritual weapons are needed for a war that we know is spiritual, since our warfare is not against flesh and blood, but against the principalities and powers in high places.

6. And finally, power includes our openness to “do the same works as he did, and even greater,” according to his promise.

In the 25 years that have elapsed since being baptized in the Spirit, we have been witnesses, and often actors, of the many signs that go together with the ministry of preaching. The deaf hear, the blind see, the dead come back to life, and the poor hear the good news. This was the sign Jesus gave to John the Baptist that the Kingdom of God had come. And it is also the sign we give today to all Christians when we preach the Good News to them.

In prayer the lordship of Christ becomes experiential, as we allow him to take the reins of our lives. His call becomes audible. The decision to follow him becomes joyous. The mission and call are gradually revealed to us, and we are then guided and led by him. The covenant is confirmed with facts, and we are gradually filled with his power as we are, once and again, filled with his Spirit.

It is a pity that this is just a talk. For us it was, and continues to be, our major program for life and growth. Many will think that this is too demanding on God’s part. For us it was something he gave us as a great gift. That is why we are aware that we have been built on a rock.

If our lives, our families, or our community threaten to crumble down at some point, then let us listen again to the voice of the Lord, who continues to repeat: “Why do you call me ‘Lord, Lord,’ and not do what I tell you?” (Luke 6:46).

This article is adapted from the book, From Egghead to Birdhood (hatch or rot as a Christian), (c) copyright 2001 by Carlos Mantica. Used with permission.

See links below to the archived articles / chapters:

This article is adapted from the book, From Egghead to Birdhood (hatch or rot as a Christian), (c) copyright 2001 by Carlos Mantica.