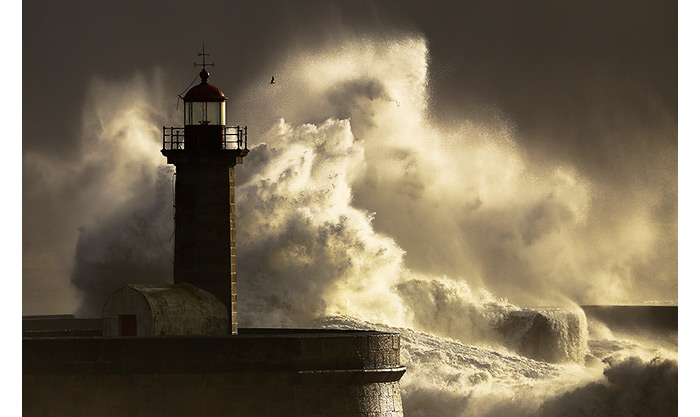 Covenant community was born in almost the same moment as charismatic renewal began in the Catholic Church. In 2020 we celebrate fifty years of covenant community, dating from the first covenant commitments in Ann Arbor, Michigan, USA in 1970, but we had been living community for a year or so before that.

It all happened so rapidly! In the autumn of 1967 there was nothing. By May of 1968, 300 people were gathering in the main hall of the Newman Center at the University of Michigan. We went from obscurity to coverage in Newsweek magazine, from a local group to relationship with other groups in Lebanon, the Philippines, Nicaragua. By 1971 we had a fully staffed year-round guesthouse to help welcome the 1500 visitors who came each year. It was head-spinning. It was exhilarating and it was a bit dangerous.

A work of unity in the Holy Spirit

We knew we had been caught up in something much bigger than ourselves. We knew for one thing that we Catholics had been swept along in the great river of God’s work that began with Pentecostalism at the start of the twentieth century, and before we knew it we were an ecumenical community. Protestant and Pentecostal brothers and sisters just started showing up. When we evangelized at the University, some of those who responded were Lutheran, or Baptist, or Methodist. What could we say to them? “Oh, sorry, didn’t mean to evangelize you – we are a Catholic group”?

The Pastor at the Newman Center said, “If God sends them, you need to receive them.” For good measure, the Bishop said the same.

Charismatic prayer groups started springing up all over the country, and soon, all over the world. The first National Service Committee was organized. The first conferences were held. New Covenant magazine was published.

“We were caught up in a roaring river of God’s grace and swept along.”

Back in those years some of us would go on vacation in the springtime down in the Blue Ridge or the Great Smoky Mountains, where the spring rains and melting snow formed gushing rivers coursing down the mountain sides. You had to be careful because one misstep and you could be pulled in and pulled along. Well, that is what happened to us spiritually. We were caught up in a roaring river of God’s grace and swept along.

Called to shared life together

We were all university students back then, or recent graduates, and all of our projects and plans were abandoned as we felt the power of this river of grace and yielded to its pull. Community came about because we were pulled or pushed together by that same grace. It was as if we had all become magnetized and just stuck together. What we read in the Acts of the Apostles we saw in our own lives:

And they devoted themselves to the apostles’ teaching and fellowship, to the breaking of bread and the prayers. And fear came upon every soul; and many wonders and signs were done through the apostles. And all who believed were together and had all things in common; and they sold their possessions and goods and distributed them to all, as any had need. And day by day, attending the temple together and breaking bread in their homes, they partook of food with glad and generous hearts, praising God and having favor with all the people. And the Lord added to their number day by day those who were being saved.

Now when you are caught up in a rushing torrent it can be very hard to keep your head up and see where you are: that river becomes your world and you think that’s all there is.

But after some time in this roaring flood the river broadens and deepens, the current is more powerful but less dramatic and thrilling. Then you can get your head up and look around and… Lo and behold! We are not the only stream on this mountainside!

A few years ago in Stuttgart Germany, representatives of more than two hundred and fifty “new movements and communities” came together to celebrate “Together for Europe.” We were there, together, from many nations, from many churches, thrown together by the force of the Holy Spirit who is renewing the Church. This meeting was a response to the meeting with Pope John Paul II in Rome in 1998, a meeting he called together so that he could address the many streams of renewal that were springing up and changing the face of the Church.

A signpost of God’s action today

What is the place of covenant community in all of this? Some years ago Don Schwager described it this way:

What is the significance of covenant community for today? First, it is a signpost of what God is bringing about through the gift of being baptized in the Holy Spirit. It is a visible public sign of the Lord’s work of renewal in bringing people into a revitalized relationship with God, and it is a sign of the unity he desires for all his people. The unity we already have as brothers and sisters in Christ stems from Baptism and the gift and working of the Holy Spirit. This gift of life together enables Christians of different traditions to recognize one another as brothers and sisters in Christ and to live together in real shared life. This unifying grace is a hallmark of God’s work today.

Second, covenant community is a servant of the renewal. It is meant to be a prophetic sign to the rest of the charismatic renewal, and to the churches, and to the world of the grace of baptism in the Holy Spirit and Christian unity. It’s a message to everybody, but not everybody is called to this particular form of community. People should be able to visit covenant communities and see how the Holy Spirit is renewing his people and restoring to them a fuller shared life together. It is part of the nature of a sign that you cannot be everything. Covenant communities… are only a part… of God’s work of renewal and restoration.

This article was originally published in Pentecost Today, Spring, 2015. Used with permission.

Top image credit: photo of a lighthouse with crashing waves and storm looming, from Bigstock.com, ©  by CPR62, stock photo ID: 270409168.

Bruce Yocum (1948 – 2022) was involved in leadership and teaching for many years in the Catholic Charismatic Renewal and the Covenant Communities Movement which began in the late 1960s and early 1970s, and in the Sword of the Spirit. He travelled widely throughout the Sword of the Spirit communities to equip and train community leaders in North America, Europe and the Middle East, Latin America and the South Pacific. Bruce Yocum was a life-long member of the Servants of the Word, an international ecumenical brotherhood of men living single for the Lord. He served as Presiding Elder of the Servants of the Word for thirteen years (1989-2003).