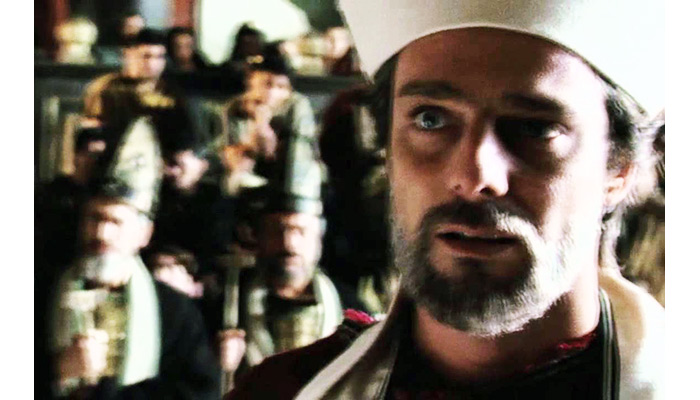 We entreat you, brothers and sisters, as earnestly as we are able, to have charity, not only for one another, but also for those who are outside the Church. Of these some are still pagans, who have not yet made an act of faith in Christ. Others are separated, insofar as they are joined with us in professing faith in Christ, our head, but are yet divided from the unity of his body. My friends, we must grieve over these as over our brothers. Whether they like it or not, they are our brothers; and they will only cease to be so when they no longer say our Father.

The prophet refers to some men saying: When they say to you: You are not our brothers, you are to tell them: You are our brothers. Consider whom he intended by these words. Were they the pagans? Hardly; for nowhere either in Scripture or in our traditional manner of speaking do we find them called our brothers. Nor could it refer to the Jews, who did not believe in Christ. Read Saint Paul and you will see that when he speaks of “brothers,” without any qualification, he refers always to Christians. For example, he says: Why do you judge your brother or why do you despise your brother? And again: You perform iniquity and commit fraud, and this against your brothers.

If they say, “Why do you seek us? What do you want of us?” we should reply: You are our brothers. They may say, “Leave us alone. We have nothing to do with you.” But we have everything to do with you, for we are one in our belief in Christ; and so we should be in one body, under one head.

And so, dear brothers, we entreat you on their behalf, in the name of the very source of our love, by whose milk we are nourished, and whose bread is our strength, in the name of Christ our Lord and his gentle love. For it is time now for us to show them great love and abundant compassion by praying to God for them.

Top image credit: Scene of Augustine, Bishop of Hippo, speaking with his fellow clerics to strive for unity and brotherly love with the Donatists, a separatist congregation in Hippo who refused to recognize Augustine’s congregation as true Christians. Still shot scene from video trailer of the movie, Restless Hearts: The Confessions of Augustine, courtesy of Ignatius Press, San Francisco, California, USA.

Aurelius Augustine was born in 345 in the town of Tagaste, in Roman North Africa, in what is today Algeria. His mother was Monica, a very devout Christian who had a significant influence on her son’s life. His father, named Patricius, was a pagan of significant status in society. Patricius became a Christian shortly before his death.

Augustine was educated at Carthage where he enjoyed academic success. He also enjoyed the party life, and at the age of 17 fell in love with a woman whom he never named. They lived together unmarried for 13 years and had a son whom Augustine named Adeodatus, meaning “gift from God.” His son died in his youth.

At the age of 19, after reading Cicero’s Hortensiusat, Augustine fell in love with philosophy. He later wrote, “It gave me different values and priorities. Suddenly every vain hope became empty to me, and I longed for the immortality of wisdom with an incredible ardour in my heart.” While he pursued Platonic philosophy and the theology of the Manichaens, a Christian heretical sect, he became restless for truth and virtue. Shortly before his 30th birthday, Augustine encountered Ambrose, the saintly bishop of Milan. Augustine was moved by Ambrose’s example and his inspired teaching and preaching of the gospel. At the age of 32 Augustine found peace with God and was baptized by Ambrose during the Easter liturgy in 387. Augustine returned to North Africa and formed a monastic community with a group of friends. He was ordained a priest in 391 and became a noted preacher. In 396 he reluctantly became a bishop and remained the bishop of Hippo until his death in 430. He left his monastic community, but continued to lead a monastic life with the parish priests of Hippo in his episcopal residence. Augustine died on August 28, 430, during the siege of Hippo by the Vandals.

Augustine was a prolific writer and original thinker. His numerous writings, including theological treatises, sermons, scripture commentaries, and philosophical dialogues, number into the hundreds. His autobiography, the Confessions, was considerded the first Western autobiography. It was highly read among his contemporaries and has continued as a classic throughout the ages.

Augustine is one of the most important figures in the development of Western Christianity. He is esteemed as a great Latin church father and a Doctor of the Roman Catholic Church. Many Protestants consider him to be one of the theological fathers of Reformation teaching. Among Orthodox he is called St. Augustine the Blessed.