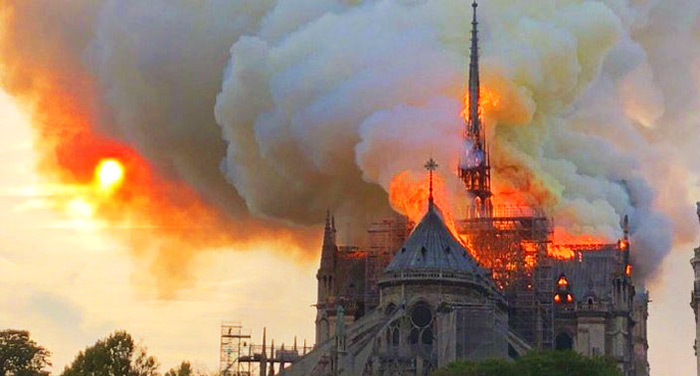 This article is adapted from a presentation by Ralph Martin given in July 2020. It is a sequel to Ralph’s previous article in the July/August Issue of Living Bulwark. While it is written from a Roman Catholic perspective, the message can be beneficial for Christians from other traditions as well. – ed.

There has been a tremendous response to my video (here) commenting on a prophecy given by Fr. Michael Scanlan, who was president of Franciscan University of Steubenville for twenty-five years and who really led it into being the premier, in some ways, Catholic university in the country right now.

I’ve discovered another prophecy from Fr. Mike Scanlan that I think is really important that we also need to pay attention to. It’s longer, and certain parts of it are addressed to certain groups, but there’s a lot of it that’s really relevant, so I’d like to take some time right now to talk about this other prophecy by Fr. Michael.

The whole prophecy is posted on our Renewal Ministries website (here). He gave this in 1980, four years after he gave the prophecy I talked about earlier. It’s rather long; I’m not going to go through every part of it, but there are certain parts of it that are really relevant. Here’s how it goes:

“The Lord God says, ‘Hear My Word: The time that has been marked by My blessings and gifts is being replaced now by the period to be marked by my judgment and purification. What I have not accomplished by blessings and gifts, I will accomplish by judgment and purification. My people, My Church is desperately in need of this judgment. They have continued in an adulterous relationship with the spirit of the world.’”

Quite honestly, for those of us who live in developed countries, those of us who live in North America or Europe in particular, no generation in the history of the world has been so blessed with so many things like we have. We’ve had a time of peace since the end of World War II. We’ve had tremendous advances in medical technology. We’ve had tremendous advances in all kinds of technology. We’ve had prosperity. We’ve had stability, by and large, in our countries. We have been so blessed. We have abundant food. We’ve been blessed beyond measure… Our prosperity has been a tremendous blessing from the Lord, but many of us have responded to the prosperity by saying, “We’ve got things under control. We’ve got what we need. We don’t need God.”

And rather than thanking Him for the blessing, the time of peace, and good food, and medical technology, and all those other things, we’ve kind of taken them for granted. Many of us have drifted away, unfortunately, into lukewarmness and compromise with the world, just like the prophecy says here, “An adulterous relationship with the spirit of the world.”

And then it goes on to say, “Satan goes where he will and infects whom he will. He has free access throughout my people—and I will not stand for this.” I have to tell you: I’ve been aware of this for a long time. When I read Ephesians 6, and I read about the spiritual battle that we’re in, and Paul says our battle is not against flesh and blood, but against powers and principalities and the dark places (Ephesians 6:12).

Then he talks about how, in order to counter the spiritual darkness and the spiritual warfare, and the spiritual attack, we need to put on the whole armor of God: the helmet of salvation, the breastplate of holiness and righteousness. Then he talks particularly about the shield of faith, which extinguishes the fiery darts of the evil one. Brothers and sisters, the evil one is firing fiery darts at every single person on the face of the earth today. And if we don’t have the shield of faith, we’re sitting ducks for deception. Satan’s going to run unrestrained over our lives, our minds, our souls, our emotions, and our actions, if we’re not firmly grounded in the shield of faith.

What’s the shield of faith? Jesus Himself—trust in Him, but also trust in a knowledge of his Word, which Jesus actually tells us to do. In Hebrews, it says Jesus is the source of salvation for those who believe Him (Hebrews 5:9). If we don’t know his Word, we don’t know what to do, how to act, or what to believe in. A lot of people today say they’re following Jesus, but they don’t pay attention to what Jesus is saying.

Peter Kreeft wrote a book called Jesus Shock, and it is really shocking to hear what Jesus says. In the last prophecy of Fr. Mike that I talked about, it said, “Are you willing to let go of all these things? Will you be willing to not have them?” And it sounds so radical. It’s the same thing that Jesus says in the Gospel to everyone. He says, “Unless you renounce all you have, you’re not worthy to be my disciple.”

The prophecy goes on—this is from Fr. Mike Scanlan in 1980:

“They are more determined by fear of what others will think of them—fears of failure and rejection in the world, loss of respect of neighbors and superiors and those around them—than they are determined by fear of me and fear of infidelity to my word. Therefore, your situation is very, very weak. Your power is so limited. You cannot be considered at this point in the center of the battle and the conflict that is going on.”

I have to tell you, brothers and sisters, if you don’t know that there’s a war going on, if you don’t have your spiritual armor on, probably you’ve been captured by the enemy and you may already have been enlisted in his campaign of deception, lies, deceit, and rebellion, and not even know it. It’s time to wake up and really examine our life according to the Word of God, and be delivered from the kingdom of darkness, if we’ve drifted into the kingdom of darkness, and come back into the Kingdom of his Beloved Son. It’s called repentance.

Then the prophecy goes on to say,

“This time is now come upon all of you: a time of judgment and of purification. Sin will be called sin. Satan will be unmasked. Fidelity will be held up for what it is and should be. My faithful servants will be seen and will come together. They will not be many in number. It will be a difficult and a necessary time.”

Let me talk about numbers here. God’s always worked through a small number of people who’ve awakened to his call. Remember Gideon? The Lord said, “Gideon, I want you to really defeat the enemy.” And Gideon said, “I’m the lowest family in the lowest clan of Israel.” And the Lord said, “Well, I’m calling you to do this.” (See Jgs 6:14-16.) Then Gideon got together an army, and the Lord said, “It’s too big; you’re going to think you did it—so let’s send a lot of people home, because I want you to see what I’m going to do, so that the glory goes to Me.” (See Judges 7:2-8.)

Sometimes people like Elijah said, “I’m trying to follow your commandments. It’s so hard to call Israel back, but I’m the only voice left.” And the Lord said, “Guess what? There are actually seven-thousand people right now who, along with you, haven’t gone over to idols, haven’t bowed the knee to Baal.” (See 1 Kings 19:14-18.)

And here’s a key line, “You will have to choose what word you will follow and whom you will respect.”

The prophet Elijah said one time to the Israelite people, “Stop straddling the issue. It’s time for you to decide who you are going to follow, the Lord or Baal.” (See 1 Kings 18:21.)

This is the Gospel. This is what John the Baptist says when he introduces Jesus. Matthew 3:11-12 says, “His winnowing fork is in his hand. I am not worthy to carry his sandals.” He will baptize you with the Holy Spirit and with fire. His winnowing fork is in his hand, and He will clean his threshing floor and gather his wheat into the granary. But his chaff He will burn with unquenchable fire.

“I will not tolerate the mixture and the adulterous treating of gifts and graces and blessings with infidelity, sin, and prostitution. My time is now among you. What you need to do is to come before Me in total submission to My Word. . . (This is the hour to do it.) For there will be casualties. It will not be easy, but it is necessary.”

This article by © copyright Ralph Martin was first published in Renewal Ministries website,  dated July 13 2020:  https://www.renewalministries.net/another-prophecy-from-fr-michael-scanlan/  Used with permission. The YouTube presentation of this reflection can be viewed at: https://www.youtube.com/watch?v=-R2b_45nBJI