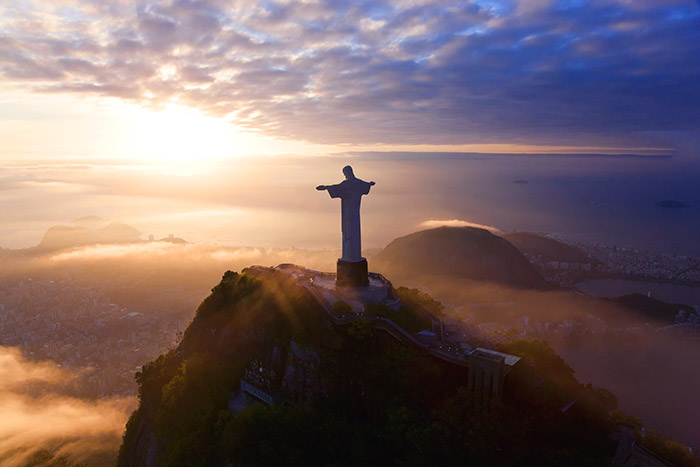 I have been working on a new book, called A Church in Crisis – Pathways Forward. It is a rewrite of  a previous book I wrote back in 1982, called A Crisis of Truth.

While I was doing research for this new book, I cam across a prophecy that was given in 1976 by Fr. Michael Scanlan at a large Christian conference in the USA, Fr. Scanlan was President of the Franciscan University in Steubenville, Ohio at that time.

His prophetic word resonated with the prophetic word that was given in the previous year at the international Catholic Charismatic conference which took place in Rome in 1975. Some very strong prophecies were given during the closing Mass, where some ten-thousand people gathered in St. Peter’s Basilica. These prophecies spoke of a time coming when the structures that are there wouldn’t be there anymore, and that the Lord was going to use this time to draw us into a deeper union with Himself.

Here is the prophecy which Fr. Michael Scanlan gave in 1976:

Son of man, do you see the crime and lawlessness in your city streets, and towns, and institutions? Are you willing to see no law, no order, no protection for you except that which I myself will give you?

Son of man, do you see the country which you love and which you are now celebrating – a country’s history that you look back on with nostalgia? Are you willing to see no country – no country to call your own except those I give you as my body? Will you let me bring you life in my body and only there?

Son of man, I call you to be ready for that. That is what I am telling you about. The structures are falling and changing – it is not for you to know the details now – but do not rely on them as you have been. I want you to make a deeper commitment to one another. I want you to trust one another, to build an interdependence that is based on my Spirit. It is an interdependence that is no luxury. It is an absolute necessity for those who will base their lives on me and not the structures from a pagan world. I have spoken and it will take place. My word will go forth to my people. They may hear and they may not – and I will respond accordingly – but this is my word.

Look about you, son of man. When you see it all shut down, when you see everything removed which has been taken for granted, and when you are prepared to live without these things, then you will know what I am making ready.

How should we respond to the Lord’s word?

There are things happening today that weren’t happening forty-four years ago that are a partial fulfillment, at least, of it. While some of this could be a little scary, we don’t need to panic. It’s going to lead to tremendous love and tremendous hope.

There’s wisdom and instruction here for us that’s very relevant. I would like to examine its significance in light of events happening today.

When the coronavirus really first hit, and the stock market fell, and tens of millions of people in the US and all over the world lost their job, had their salary reduced, or got laid off, it was really a gut-check time. What are we relying on? Where is our trust?

I did some videos on our YouTube channel talking about the anxiety we have about our economic well-being (here and here), the anxiety and fear we also have about our health (here), and trying to re-center us on the promises of the Lord. Jesus says, “Where your treasure lies, there your heart will be” (Mt 6:21), and I gave some practical wisdom from St. Francis de Sales about how to see where our hearts are, and how to handle our anxiety and fear concerning money, and the tremendous, wonderful promises of Jesus to provide for us if we seek first his kingdom.

The Lord wants us to come to Him with complete confidence, with complete trust that if we seek first the kingdom of God and his holiness, all these other things will be provided as well. Not only the food, drink, shelter, and clothing we need to preserve life in this world, but the protection we need in the midst of chaos and the breakdown of law and order.

A lot of us are really concerned with what’s happening in our country. I’m talking about the US, but also Canada and many other countries around the world, including Western Europe. There’s an aggressive secularism that wants to stamp out Judeo-Christian values, that’s hostile to Christ and the Church, that wants to punish us, that wants to arrest us, that wants to remove us from social media if we say things that are displeasing to the social elite, that wants to impose a control on the world and a censorship where they don’t want the Word of God to be spoken anymore, but we need to speak it whether it’s convenient or inconvenient. We need the courage of the Lord. We need the fortitude of the Lord. We need the Holy Spirit to give us that courage and fortitude, and we need to be in that right relationship with Him right now.

All of this is in the Bible! Jesus says we have no dwelling place here below; we have no lasting city here below. The apostles say it. Jesus says, “My kingdom is not of this world” (Jn 18:36). Our city is the New Jerusalem that already is being formed in the body of Christ, that’s going to come down on the last day. We need to know that our primary loyalty, our primary family is our brothers in Christ. This is really important.

“Will you let me bring you life in my body and only there?”

1 Corinthians 6 says we are one body, one spirit with Jesus. We’re members of one another. When Paul was converted on the road to Damascus, the voice that spoke to him from heaven said, “Saul, Saul, why are you persecuting me?” Saul was persecuting Christians. Saul was persecuting the body of Christ. Jesus identifies Himself with us and the Father, Son, and Holy Spirit dwelling in us. We need to treasure that and value that, and if some time we’re cut off from the Eucharist again, and if we’re cut off from the churches again – the physical churches – we need to remember that He’s with us, and He’s with us in a very strong way in his Word, in one another, and in the indwelling Trinity in our souls.

We’re being given an opportunity to get ready for that. Maybe we’ve been given a little warning here in the recent closing of the churches and the economic turndown even for a short time – a little warning shot across our bow, so to speak. The structures of the world aren’t stable.

This is what Jesus says in Scripture, “heaven and earth will pass away, but my Word will not pass away until every bit of it be fulfilled” (Matthew 5:18).

“Look about you, son of man. When you see it all shut down, when you see everything removed which has been taken for granted, and when you are prepared to live without these things, then you will know what I am making ready.”

We’ve just seen it all shut down. It’s almost like the Lord was saying, “You’re going to be given a sign.” That sign didn’t happen for forty-four years, but it’s just happened.

When you have gotten ready, when you have responded to the warning by putting Jesus first in your life and seeking out your brothers and sisters in Christ and starting to get real in relationships with each other, it says, “then you will know what I am making ready.”

A Wake-up call to shake complacency and indifference from us

The Lord’s going to do what He needs to do to wake up as many of us as possible. Some will pay attention, some will listen, some will awaken, some will get ready – and some won’t. There will be very different outcomes, depending on how we respond to God’s word or not. Not just in this prophecy, but in Scripture. This prophecy is bringing to the present a warning that is right there in the Scripture all the time. Jesus says, when the Master comes, don’t be asleep (Mark 13:35-36). Not everyone who says, “Lord, Lord” is going to get into the kingdom of God. It’s going to be only those who do the will of God (Mattthew 7:21).

I believe the Lord is showing mercy to us in this prophecy from Fr. Michael Scanlan. I think it’s a prophecy that’s starting to be fulfilled in our time. We need to take it seriously. We need to not live in fear, not live in anxiety, but live in the glorious freedom of the sons and daughters of God, who know that the Father loves them and who know that the Father has providential care for them and will never let anything happen to us that He doesn’t have a way to bring good out of and that He doesn’t protect us in the middle of.

So, brothers and sisters, I’m excited by this word. I think it’s a word for today, a word for us now. It’s nothing different than what Jesus and the apostles have been saying for two-thousand years. It’s time to wake up. It’s time to get with each other. It’s time to not depend on external things, but to depend on the Lord Himself.

Lord, thank You that the gift of prophecy is alive and working in the Church today. Thank You for Fr. Michael Scanlan. Thank You for allowing us to talk about these things together and to encourage and build one another up.

This article is adapted from a Renewal Ministries YouTube presentation © copyright 2020 by Ralph Martin, dated  June 9, 2020. Used with permission. You can view the full presentation online at: https://www.youtube.com/watch?v=2XnxThW3wq0