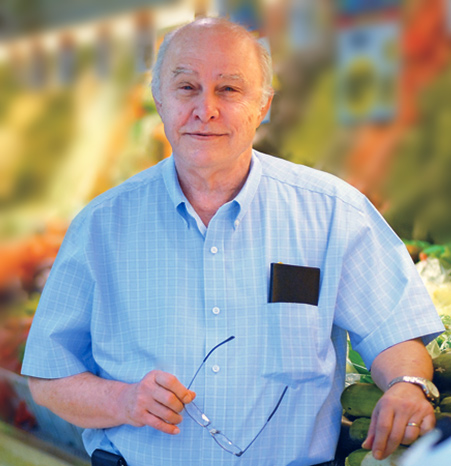 A tribute to Don Carlos Mantica

The following tribute to Carlos Mantica was written by a close friend and priest who new Carlos Mantica for many years when both men were involved in leadership in the Cursillo Movement and Charismatic Renewal Movement, especially in the Spanish speaking Ibero-Americano countries. It was written as a Forward to the book, From Egghood to Birdhood, by Carlos Mantica, which was first published in Spanish and then translated into English by Carlos Alonso Vargas in 2001. – ed.

I wonder who it is that I am supposed to introduce in this foreword as author of this work —whether it is Don Carlos Mántica, member of the Nicaraguan Academy of Language, author of El habla nicaragüense and of multiple essays on his country’s history, language, archeology and folklore; or Carlos Mántica, National Advisor of the Cursillo Movement in Nicaragua and whose books, Para caminar en Cursillos and Pensando en Cursillos, continue to be published in Spain, Mexico, Venezuela, the United States, Guatemala, Nicaragua and Brazil, with translations into English and Portuguese; or Chale Mántica, the servant of Jesus Christ, author of innumerable talks, courses and retreats that are imparted in communities and movements which he himself helped to start in various parts of the world; or simply Chale, the bohemian-spirited layman, friend of poets and artists, who plays the guitar and sings, and in the proccess compiles and publishes the largest collection of Cantares nicaragüenses.

Nothing of the above will prepare us for reading this unusual work, if we overlook the fact that gives this book the stamp of the unusual and, in this sense, of the extra ordinary, namely, the fact that its author is a successful businessman, fully active in the business community. He is not a secularized theologian, or a professional writer, or a frustrated clergyman, or a clericalized bigot, or a repentant sinner who has withdrawn to a cave to expiate his faults, but an ordinary man—one who is in the world and was once enchanted by its mermaid songs; who shares modern man’s concerns and challenges, yet knows the eternal answers of a Christian man; who can write on eternal truths in a relevant, vital and up-to-date fashion; who makes theology from experience and then writes it (behold now a true miracle!) in a way that anyone can understand. And, if that was not enough, he does it in a style that is amusing and sprinkled with humor.

All of this is unusual and extraordinary, at least in the Church environments I am used to. There are, no doubt, other laymen like Mántica, but, quite unfortunately, we seldom see books written by such men.

From Egghood to Birdhood picks up some of the great truths that changed the life of a young man who, having received the best religious education, even at a university level, came to his thirty years of age and to the brink of abyss without getting to know the truly fundamental issues of our faith. His encounter with Jesus Christ in 1965 was to give a new meaning to his life, and a new dimension to his faith.

Throughout the book we find pieces of an unpublished, scattered work. Some talks emerged for evangelistic gatherings or spiritual retreats. Others were written in order to address particular issues and to respond to various concerns that life posed to their author. A few were given at solemn occasions that set before the author a specific topic. All of them bear the mark of personal testimony, and the authority of one who writes from experience. Not one of them was written in order to be published.

In fact, it is now time to confess that this book is being published almost against its author’s will. It is not easy to get Chale Mántica’s permission to publish some of his many writings. Only the stubborn insistence of a dear friend is able to obtain that from time to time. This is the third time I am proud to proclaim such an achievement, counting on the complicity of his eldest daughter, who was in charge of confiscating the manuscripts.

I am motivated by a feeling I have had for over twenty-five years, which I have shared with Chale many times—that Nicaragua is like a laboratory that God has built within his Church, at this time in history, in order to try, to experiment and to implement a series of initiatives of the Holy Spirit that are afterwards conveyed to the rest of the Church.

You are going to experience, dear reader, how these talks and teachings —which, as I said above, are Nicaraguan experiences, conceptualized by Chale Mántica in light of God’s Word— do give a concrete response to the issues and questions that often come up in your communities or in the apostolic field the Lord has called you to.

These talks now come to your hands, with the same love and the same apostolic enthusiasm with which their author developed them, and I hope they will be helpful for your own enrichment and to give practical orientation to those who share with you the yearning for a more genuine Christianity, one that will be an effective answer to the problems confronted by today’s society.

Most of the Chapters from Egghood to Birdhood by Carlos Mantica have been adapted as articles in Living Bulwark. Reprinted with permission of author.

See links below to the archived chapters / articles: