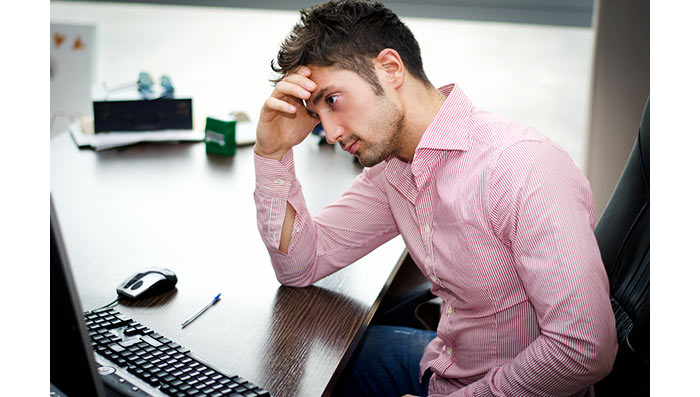 Twenty-five years ago, a client of mine became president of his company. It happened through a fluke (he was a mid-level manager), good luck, and a couple coincidences. He was very humble about his promotion. He said, “It was just God’s grace. I hadn’t wanted it, I didn’t deserve it, and I never tried for it. God just dropped it on my lap.”

But a couple years later he began to attribute his promotion to his hard work and brilliant insights. He complained that his advancement had been delayed too long by bosses who didn’t appreciate him. He fired anyone who disagreed with him.

He felt his genius was needed everywhere, and he was glad to offer it:

He once scowled in anger when a friend told him his zipper was unzipped (I witnessed it), and he sent his dental hygienist home in tears when she suggested he begin flossing. The slightest correction was met by him with red-faced fury.

Success turned a wonderful human being into an uncorrectable, wrathful know-it-all.

We All Fail the Easiest Test

Several years ago I was a novice writer when I wrote an article about Sunday school problems that went mini-viral (for me) with over half a million reads.

People began to ask for my writing advice. And I liked it. I enjoyed the spotlight. I began to wonder if my guidance might possibly save the world. Frankly, I was surprised – and a bit disappointed – that NASA hadn’t called me for advice about their solid-fuel rockets.

I had, after all, written a pretty successful blog about Sunday school.

We are pretty good at hiding our pride on the outside, but inwardly we secretly applaud our own brilliance when:

Of the two tests of God – adversity and achievement, or failure and success – we handle difficulties better than victories. Hardships drive us to God whereas accomplishments drive us to self-congratulations. Success goes to our heads and has a party. Failure goes to our hearts and gives a chance at humility.

The Empty Desert and The Rich Vineyard

When the Israelites were about to enter the Promised Land, after forty years of adversity, Moses offered them his final advice:

Remember how the Lord has led you through the wilderness for these forty years, humbling and training you; because the Lord is bringing you to a good land, filled with olive oil and honey. You’ll eat plenty and lack nothing.

But be careful, or you will forget the Lord your God. Otherwise, when you have built beautiful houses, and your cattle and oxen multiply, and your silver and gold increase, then you will become arrogant.

You may say to yourselves, ‘I have become wealthy by my own strength and by my own ability.’ But remember the Lord your God, because he is the one who gives you your abilities.

In our poverty we look to God for mercy, and in our riches we look to ourselves.

1 thought on “When Success Fails”