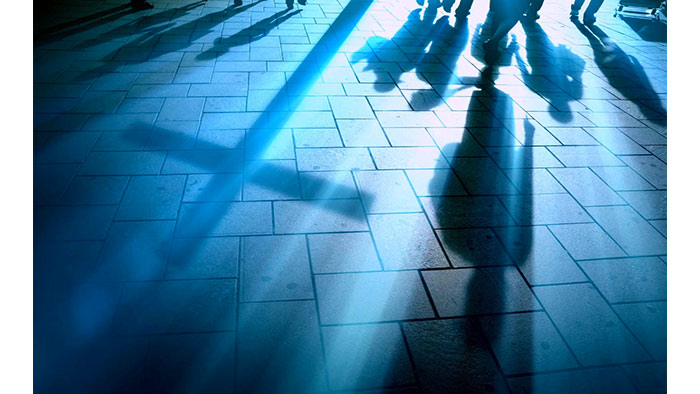 The following article is adapted from Basic Christian Maturity: The Foundations of Christian Living, edited by Steve Clark and Bruce Yocum, and published in 1975 by (c) The Word of Life, Ann Arbor, Michigan, USA. It was developed as a teaching resource for Christian covenant communities and prayer groups in the charismatic renewal movement. – ed.

Background: The Problem: The World

“Do not love the world or the things in the world. We know that we are of God, and the whole world is in the power of the evil one.”

What is “the World”?

These are puzzling passages. What does John mean when he refers to “the world”? The physical diverse? No, the Scripture never describes the world as inherently evil. God approves of all that he has created (Genesis 1:31, 1 Timothy 4:4-5). The physical world is subject to the bondage of decay because of mankind’s sin (Romans 8:20-21), but it is not evil in itself. Thus the passages in 1 John do not condemn the physical universe.

The world mentioned in 1 John is a system of relationships, ideas, and values opposed to the kingdom of God. This “world” is the Christian’s enemy. It is society and culture separated from God and locked into patterns controlled by the kingdom of darkness. The world is a force which exerts a tremendous influence on Christians and non-Christians alike. Therefore, Christians should understand what “the world” is and how it forms relationships, ideas, and values.

The structure of worldly ideas is similarly distorted. Some popular philosophical, psychological, and artistic theories such as existentialism and humanistic psychology view humankind as a completely independent unit, sovereign in themselves, with no goals other than self-realization and the exercise of freedom. Other popular scientific theories such as behaviorism tend to view the human person as a machine to be programmed and redesigned for greater efficiency. Many contemporary thinkers dismiss objective truth as outmoded foolishness. Instead, they view truth as subjective and relative: truth is different for different people in different circumstances. These ideas pervading Western culture are hostile to the Christian understanding of reality.

Worldly values, largely based on non-Christian presuppositions, are similarly distorted. Indeed, many values commonly held in the world are openly antagonistic to Christian truth and ethics. Materialism exalts money and possessions; hedonism exalts pleasure; the thirst for power and prestige exalts domination. Such values are blatantly anti-Christian. Less easy to discern are the various ways that corrupt forms of independence and competitiveness are woven into the fabric of contemporary values. Many Christians have a hard time discerning this subtle corruption because independence and competitiveness are not always wrong. They can tell the difference by looking at their results. Worldly forms of independence lead to rebelliousness and failure to love. Worldly competitiveness leads to selfish ambition, envy, jealousy, and spite. Whether blatant or subtle, values in the world oppose the values of the kingdom of God.

Where is “the World”?

The world and the kingdom of God exist side by side in the same physical environment. To detect the world’s influence on his life, the Christian must be able to discern the presence of worldly values, ideas, and relationships.

Often the contrast between the world and the kingdom of God is so sharp and clear that we need little discernment to tell the difference. We all know that forces hostile to God are dominant when men starve and kill each other, when family members carry on vendettas, when governments persecute Christians, and when teachers say there is no such thing as truth. However, the world’s opposition to God often operates more subtly in the Christian’s life. How, for example, should we view the modern industrial corporation, one of society’s most powerful institutions? The corporation provides jobs to people and it usually supplies goods and services which people need and which make life more pleasant. Yet the corporation is very much a part of “the world.” The lord of the corporation is profit. The dominant values in corporate workers’ lives tend to be ambition and competitiveness. The Christian in a corporation must guard against these traits in one’s own life, recognizing that they serve the lords of money and advancement.

The world’s values similarly intermingle with worthwhile goals in the modern secular university. While the university admirably devotes itself to expansion of human knowledge and to solution of human problems, its efforts are usually based on the fallacious assumption that humans holds their fate in their own hands. A Christian cannot share these beliefs; they belong to the world. To view the university in the proper perspective, the Christian must realize that the institution’s goals and values are ultimately antagonistic toward Christian truth.

The Importance of the World for Christians

This question reveals the imposing presence of the world. No one can grow up today and remain uninfluenced by the world. When a person become a Christian and is baptized in the Spirit, one soon discovers that one has picked up from the world many values, ideas, and ways of relating which come from non-Christian sources and which hinder personal growth in the Christian life. Being baptized in the Spirit does not automatically change these patterns and habits. They have been deeply ingrained in the Christian through years of living in families, schools, jobs, and other institutions which serve lords other than Jesus Christ. Environments mold people. Worldly environments mold people into worldly patterns of thinking and acting. Godly environments mold people in the image of Jesus. Only a truly Christian environment can reshape the worldly patterns of relating, thinking, and valuing which still cling to the new Christian.

What is Christian Community?

Christian community is God’s answer to the world and its power to shape people’s lives. God wants to build an environment that can heal and reform the lives of Christians and counteract the effects of the world. A Christian community is a group of people who openly proclaim the lordship of Jesus and declare their love of God by sharing their lives with other Christians. The community of men and women wholly devoted to Christ and to one another releases God’s power to change people’s lives, to reveal his love, and to resist and correct the influence of the world.

The people in a Christian community gather for one reason: to live an explicitly Christian life operating by the patterns of relationships, values, and ideas of the kingdom of God. God the Father, Son, and Holy Spirit is at the heart of the common life of the group. God’s presence is visible. Non-Christian who come in contact with a Christian community knows that they have encountered something contrary to the ordinary patterns of the world.

A Christian community is not a series of Christian activities. Prayer meetings, Bible studies, evangelistic services, and social events are all important, but at the center of the Christian community is a firm commitment of love between each member of the body. Their personal relationships extend beyond formal activities into daily life. Members of the community rely upon one another for daily support through frequent contact, informal socializing, and by sharing material resources. The love within a Christian community cannot be confined to a few organized events, but overflows to envelop all of a person’s life.

Thus Christian community is present wherever men and women are sharing their lives in committed, personal, openly Christian relationships. Christian community does not refer solely to people who actually live together, sharing a common life-style. A parish, a congregation, a prayer group, or other settings, can be a Christian environment if this bond of love is present.

One of the major purposes of Christian community is to free Christians from the false ideas, values, and relationships of the world and to replace them with the life of the kingdom of God. How can community accomplish this purpose?

For example, a teacher who has delivered a talk on Christian love has probably stressed the meaning of committed personal love and the importance of serving others as an expression of Christian love. However, these concepts remain merely abstractions unless the individual receiving the teaching has observed people loving and serving each other and has a chance to do so oneself. In a healthy Christian community, teaching reinforces community life, and community life reinforces teaching. The learning process thus combines both formal instruction and personal experience.

Pastoral Guidance. Christian community also helps change worldly patterns through the assistance of pastoral leaders and mature brothers and sisters in the Lord. When individuals first become a Christian and enter into Christian community, they are like a person moving from one country to another. The terrain, climate, laws, customs, and language will probably differ in the new country. To understand the new style of life, the individual can read books and magazines, attend lectures, watch television, etc. However, the greatest help that person can have is a set of friends who have lived in the new country for many years and who are familiar with both the old country and the new. Such friends can answer specific questions and give practical counsel especially applicable to the life of the newly arrived immigrant. This is one of the services performed by pastoral leaders and mature brothers and sisters in the Christian community. Experience and maturity equip them with the wisdom to discern the types of relationships, ideas, and values appropriate to the Christian community. They are thus able to help newer, less experienced individuals grow out of worldly patterns and into the patterns of the kingdom of God.

Christian Community: Light of the World

“You are the light of the world. A city set on a hill cannot be hid.”

Paradoxically, the Christian community liberates people from worldly bondage and at the same time calls them to serve the world which God created and loves. This is how God’s people can be in the world but not of the world, loving the world but combatting its ways, simultaneously standing as a sign of God’s mercy and God’s judgment.

This article is adapted from Basic Christian Maturity: The Foundations of Christian Living, edited by Steve Clark and Bruce Yocum, and published in 1975 by (c) The Word of Life, Ann Arbor, Michigan, USA.

Top image of people walking in the shadow of the Cross, stock illustration © 2022 imagevine.com.