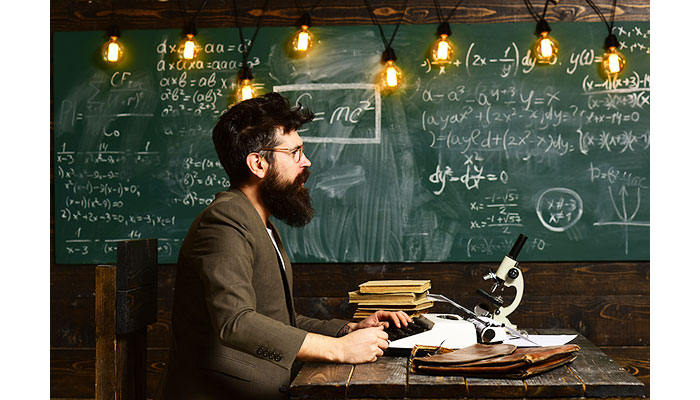 Bertrand Russell was one of the most influential philosophical thinkers of the 20th Century. He described himself as agnostic in general but atheist in particular. Of course he disbelieved the Greek gods, Zeus and Poseidon, but he also claimed to be atheistic toward the Christian God.

After one of his lectures, a student asked what he would say if he died and found himself standing face to face before God’s throne. Russell responded without pausing a heartbeat:

Russell simply reiterates every human’s response to God: All our problems are His fault.

Years ago Eugene Peterson spoke at a pastor’s conference. During a Q&A session, someone asked him how preachers could make their sermons more “relevant.” Eugene starred at the young pastor silently, seemingly interminably, and finally he scowled,

Of course Christianity should be relevant, but dressing Jesus up in yoga-pants, half sleeve-tattoos, and a man-bun is silly not significant.

I know a pastor of a megachurch who no longer preaches from the Old Testament because his congregation thinks they are too cultured for it. He said, “I’m trying to recapture the imagination of people who’ve left because of what is in the Bible.”

So he skips entire books of the Bible that they feel is beneath them.

In Paul’s final words to the Ephesian elders (Acts 20), Paul twice says, “I did not shrink from declaring….” What would tempt Paul (or anyone) to “shrink” from declaring the good news? Unless part of the “good news” is bad news.

Because the good news necessarily includes some truth that every civilization thinks is beneath them.

For the gospel to be effective, it must disabuse every culture of something. The Jews wanted signs and the Greeks wanted wisdom. Paul said “the whole counsel of God” will continuously offend every age and philosophy, both the Jews and the Greeks back then, and twenty-first century us.

If we aren’t offended, we aren’t reading the “whole counsel” of God.

Scripture commands some things we like and other things we hate. Traditional societies love the sexual ethics of the Bible but hate the “forgive seventy-times-seven” command. Progressives love the forgiveness commands but hate the sexual prohibitions. Conservatives ignore, “Take the log out of your own eye first.” God challenges everyone. It is not our job to hide it.

God doesn’t ask us to apologize for who He is. The world doesn’t need us to make the gospel hip, savvy, sexy, cool, fashionable, groovy, or with it. The world already has those things.

And the world is ravenously hungry for real relevance and a convicting truth that will free.

What comes into the mind when we think of God is the most important thing about us, for we tend by a secret law of the soul to move toward our mental image of God.

When C.S. Lewis read that quote, he responded,

I read in a periodical the other day that the fundamental thing is how we think of God. By God Himself, it is not! How God thinks of us is not only more important, but infinitely more important.

Our felt needs create imaginary gods that we hope will solve what we feel is our greatest problems.

Aaron thought God too harsh and Jonah though God too kind. God had to be different than their imagined divinities, because their gods were too small.

We each move toward our mental image of a god we want, but God refuses to limit Himself to our imaginations. Which is exactly what we need. After all, aren’t we in our current troubles because of our felt needs, decisions, anxieties, need to control, and general lack of humility?

The deepest need of our heart is for a God who is not the product of our greatest needs.

That God is big enough to be Relevant.