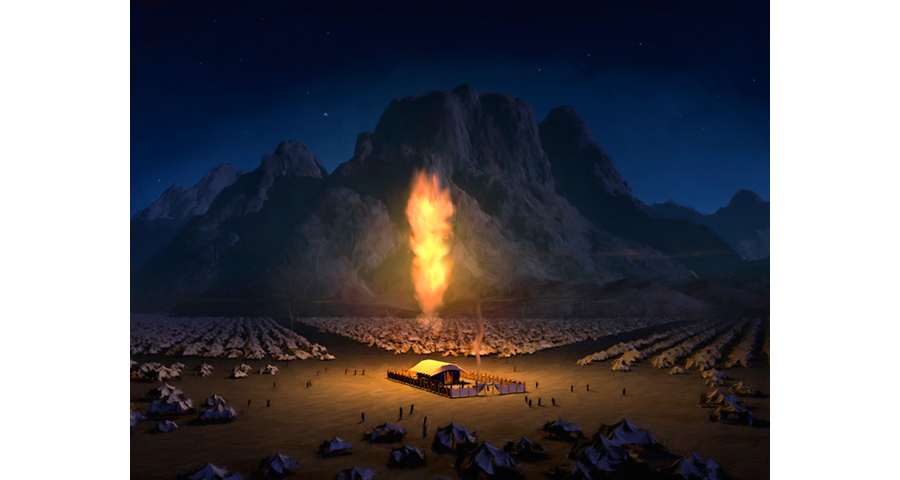 The Feast of Pentecost, called Shavuot in Hebrew, is one of the three major Jewish pilgrim festivals in the Old Testament, along with Passover and Sukkot. In Jesus’ time, pilgrims from around the known world traveled to Jerusalem to celebrate this great feast. Pentecost, which literally means “fifty days”, refers to the number of days from the offering of the barley sheaf at the beginning of Passover. It is also called the “feast of Weeks”, since the time elapsed from Passover was 7 weeks plus 1 day; the “Day of the Firsts Fruits”, when the first fruits of the spring harvest were offered in the temple; and the “Festival of the Giving of the Torah” (Hag Matan Torateinu).  The celebration is described in the Books of Exodus 23:14-17 and 28:26-31, Numbers 28:26-31, and Deuteronomy 16:9-12.

Shavuot is the anniversary of the giving of the law at Mount Sinai, where God made a covenant with his people and gave them a new way of life embodied in the 10 commandments. The Sadducees celebrated it on the 50th day from the first Sunday after Passover.

The following Jewish prayer for this feast was comprised by an anonymous author during the Middle Ages:

For the Feast of Weeks

I will always remember the wonderful deeds of the Lord

when Israel was in Sinai,

when Moses led the people out of Egypt into freedom.

They stood purified at the foot of the mountain

to receive your law, your holy law; which they swore to obey for ever.

and Israel was a holy nation in the midst of all the nations,

a holy thing and precious to the Lord.

High on the mountain your voice, Lord, was heard,

and then the blind saw your light and the deaf heard your voice,

while the dumb opened their mouths to speak to you.

And then, O Lord, you revealed yourself

to those who had sought you and you said to them:

I am the rock, I am your shield and your defense, I am the only God.

You appeared in majesty, glory, and splendor,

to deliver your commandments.

And young and old alike were surrounded by the same glory

that surrounds you and your greatness.

I bless the marvels and wonders that you, O Lord, perform.

When the days of Pentecost were fulfilled!

The Jewish Feasts of Passover and Pentecost are fulfilled in the death, resurrection, and ascension of the Lord Jesus and culminates with the sending of the Holy Spirit upon the disciples of Jesus on the 50th day from the Christian Passover when Christ was sacrificed to the Feast of Pentecost (Shavuot).

Basil the Great, one of the early church fathers from the 4th century, describes how these feasts were fulfilled in the New Covenant established by Jesus Christ:

Pentecost is the culmination of the work of our salvation, that mighty plan of God’s mercy which originated long ago when the Lord first began to form a people for himself. How many mysterious signs can be discovered in this feast which link the old dispensation with the new, teaching us that the law of Moses was the herald of the grace of Christ, in which it was to find its fulfillment!

Fifty days after the sacrifice of the lamb marking the deliverance of the Hebrews from the Egyptians, the law was given to the people of Israel on Sinai; and fifty days from the resurrection of Christ after his immolation as the true Lamb of God, the Holy Spirit came down upon the new Israel, the people who put their faith in Jesus. The same Holy Spirit was the author of both Old and New Testaments; the foundations of the gospel were laid with the establishment of the old covenant. What a wealth of meaning can be found, therefore, in the opening words of the second chapter of Acts, “When the days of Pentecost were fulfilled”!

Credit for “Pillar of Fire” image: artwork by SermonView.com. Used with permission.