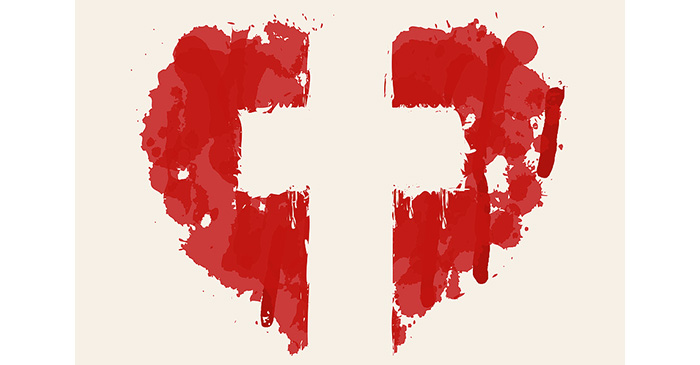 God is calling us to think on his costly and committed, promised and proven love

I’ve been talking with a young man whose spiritual life is an emotional yo-yo. One day he feels God’s love and the next day he feels nobody’s love. In the upbeat moments he is energized but in the negative seasons he is bedridden, without the benefit of sleep.

He wants a spiritual ecstasy.

This young man claims he only wants assurance of God’s love; but he means that he will only be satisfied by an emotional downpour of that love. Scripture’s answer for my friend’s demand is closer to Dr. David Burns’ analysis.

In 1980, Dr. David Burns wrote the acclaimed book Feeling Good to combat the failed Freudian attempts to address depression. He claimed that a century of Freud’s psychoanalysis proved its inability to tackle deep dejection. Feeling Good is the single most endorsed book by mental health specialists for patients dealing with depression.

Burns originally wanted to title it Thinking Right, but the publisher said no one would buy it.

However, his book is entirely about thinking. In it he claims that good feelings follow good thinking just like the village children followed the Pied Piper.

Scripture gives us similar instructions: if we want assurance of his love, God tells us to think:

Whoever is wise, let them meditate on these things; let them consider the steadfast love of the Lord.

When Scrooge meets the ghost of Jacob Marley, Scrooge addresses the key philosophical question of the ages: “How can we know that we know?” He says,

You may be an undigested bit of beef, a blot of mustard, a fragment of an underdone potato. There’s more of gravy about you than of the grave!

It is hard to KNOW. When I have the flu, the world around me looks darker. But when I write an article that I really like, the world looks brighter. But reality hasn’t changed. Real life is never as dark as it feels when I’m sick, nor is the future as bright as it seems after a small success.

Those bright and dark moments are more of gravy than the grave.

I told my fiancé (now my wife) that I would climb the highest mountain, swim the deepest ocean, or fetch the broom of the Wicked Witch of the West, simply to show my love for her. All lovers talk like that. We promise loyalty and commitment for both the best and worst of times. In sickness and health, in riches and poverty.

After all, who wants a lover whose love depends on our bank balance or youthful appearance?

God knows what we need better than we do (just as we know what our infants need better than they do) and God chooses not to sprinkle us with fairy-dust filled with ecstatic feelings of His love. Instead he chooses to give us his “committed love” or hesed.

Hesed means both “love” and “commitment.” His “commitment” is a faithful promise, and it is the part that we fail to appreciate. That is why Scripture connects faithfulness and forever with committed love hundreds of times, almost whenever hesed is used:

Give thanks to the Lord, for he is good, for his steadfast (committed) love lasts forever.

For the Lord is good; his steadfast (committed) love endures forever, and his faithfulness to all generations.

God’s hesed says, “Not only did I promise to swim the deepest ocean, and in sickness or health; my greatest proof is I climbed the tallest tree. So you can know. Even when you don’t feel.” God is calling me to think: to think on his costly and committed, promised and proven love.

Why do we think these promises are less impactful than a rush of endorphins? We are five-year-old’s, telling God we need a Snickers bar more than cauliflower, rapture over action. In the desert, the children of Israel had proof after proof, but they rejected Him because they wanted a god they could see. We reject Him because we want a god we can feel.