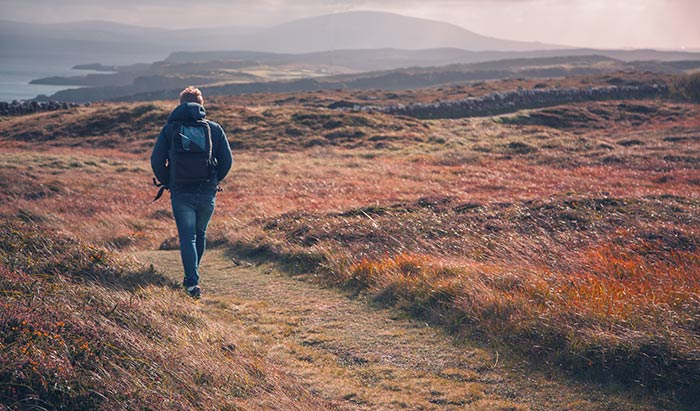 Recently God shocked me with two verses spoken to one of his prophets: “You shall speak all these words to them, but they will not listen to you. You shall call to them, but they will not answer you” (Jer. 7:27). Basically God gives Jeremiah a powerful assignment, and then slips in a little P.S.: But no one will pay attention, and your life’s mission will seem an utter failure..

The passage is silent about Jeremiah’s reaction, so I’ve been trying to imagine his inner life. Visualize being asked by God to attend university while knowing you will learn nothing (wait a minute … that is quite realistic today), or he asks you to spend a life trying to invent a cold fusion reactor while warning you that in the end your nuclear vocation will fizzle.

Jeremiah’s job was to bring God’s words to his people, and he is told his career will nose-dive. And then he will die.

The Promise of Results

In John 15, Jesus repeatedly says that if we abide in him (and he in us) we will bear fruit, actually much fruit. And in Matthew 13, Jesus promises “thirty, sixty, and a hundredfold” grain to those who hear and embrace his word.

Let’s assume Jeremiah heard and embraced God’s words; yet instead of the “fruit” of changing peoples’ hearts, he outwardly suffers beatings, imprisonment, threat of death, and exile. He also suffers inwardly when he witnesses people reject true worship, and he weeps when he sees them undergo unimaginable misery in Nebuchadnezzar’s ruthless conquest.

Jeremiah saw none of the promised fruit. How much should we expect to see it in our lives?

The Dangers of Results

During the crisis in Job’s life, he kept crying out to God, “Why all this suffering?” And God never answered him. In a certain sense, God couldn’t answer him, at least not without souring the fruit. God was purifying Job till Job’s joy was found simply in knowing God; so that Job could say, “Though he slay me, yet I will praise him.”

If you discovered a Boy Scout was paid $25.00 for walking a little old lady across the street, you’d argue his merit badge should be revoked. Likewise, if God had told Job that the fruit of his life would be the inspiration of millions of readers for thousands of years, Job would have endured the difficulties not for God’s glory but for his own.

There is probably no greater spiritual danger than success. In it, we almost wonder how God managed things before we were born. It is why in John 15 God prunes fruitful branches; pruning branches forces them to cling to the vine not the result.

The Christian’s constant peril is to draw counterfeit-life from the fruit.

Measure the Practice and not the Result

Faith is rooted in the knowledge of the person of God; it can never be found in the visible feats of our lives. And in those (rare?) instances when we do see impact, God warns us, “lest you say in your heart, my power and my strength have gotten me this great success” (Deuteronomy 8:17).

God tells Habakkuk that “the vision awaits its appointed time.” We may see its fulfillment, but it may be better if we don’t. Our only hope is to look to the source. Habakkuk responds:

Though the fig tree should not blossom, nor fruit be on the vines, the produce of the olive fail and the fields yield no food, the flock be cut off from the fold and there be no herd in the stalls, yet I will rejoice in the Lord; I will take joy in the God of my salvation.

At the time of his death, Oswald Chambers was little known outside his tiny Christian circle. Yet his life and writing have impacted millions. But before he was known, before a book with his name had been printed, he taught this lesson:

Faith is rooted in the knowledge of a Person, and one of the biggest traps we fall into is the belief that if we have faith, God will surely lead us to success in the world.