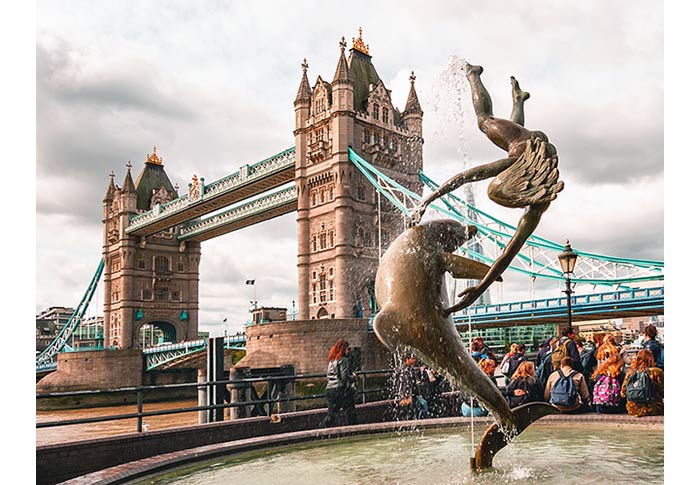 God forbids all idolatry. This prohibition is the single most repeated rule in all of Scripture; it’s the First Commandment (You shall have no other gods besides me); God laments its practice, “Why have they provoked me to anger with their carved images and with their foreign idols?” (Jeremiah 8:18), and God tells us to put to death any prophet who promotes it.

However, we live in a world that largely ignores God’s principal command. After all, when was the last time you spied your neighbor bowing before her secret backyard shrine to Baal?

But foreign gods are not merely metal deities, idols are mostly mental deities; the imagined bridges we build to link us to whatever we think will make our lives most magnificent. We dream, “If I was better looking [or richer or more liked], life would be glorious.”

Idols expose our resolve to find freedom from God, to do “whatever is right in our own eyes.” From the beginning, we humans have obsessively – almost neurotically – hollered our Declaration of Independence from God by worshipping idols, be they metal or mental:

But after Israel’s exile, it seems they finally abandoned foreign gods. In fact, when Greek King Antiochus IV required worship of other gods, Israel revolted. By the time of Jesus, there is not one single mention in any of the gospels of Israelites worshipping foreign gods.

This was God’s chosen time to send Jesus to earth.

So Why Did Jesus Come Then?

Scripture says that “at the right time Christ died for the ungodly,” and “When the proper time had fully come, God sent His son” (Romans 5:6 and Galatians 4:4). What was so right and proper about two thousand years ago? Why then? Why not earlier?

Just off the top of my head, I can think of many times that seem better. For example:

But my plans are not God’s plans, and my ideas fall flat before His Ideal.

Every human trouble was birthed out of evil worship. Jesus came because there was one more idol to kill. That’s why Jesus came then and not before; because of our most ominous idolatry.

Perhaps the greatest enemy of Jesus was the Pharisees. But they began well. Their name means “one who is separated.” They wanted purity. They fought pagan assimilation. They taught the Bible in local synagogues. What’s not to like? What was in them that opposed Jesus?

The philosophy of the Pharisees shrouded the most insidious idol of all: the idol of myself. Which is another declaration of independence. Which is self-reliance, self-esteem, self-confidence, self-pity, self-care, self-love; which is self-ism; which is idolatry.

Even though Baal worship was finally banished, and Scripture was taught in every village, and worship practices were better than at any other time in Israel’s history, Jesus said, “It will be more tolerable on the day of judgment for the land of Sodom than for you” (Matthew 11:24).

The Pharisaical mental-idol-bridge was, “I must feel good about myself.” In their idolizing frenzy for self-justification, they refused the gift of God’s-justification. But the counterfeit failed: despite all their hard work, they didn’t feel good about themselves. That’s why they sneered at everyone (“Thank you god that I’m not like this fool.”), even mocking Jesus.

The most dangerous idols are always us, ourselves, self-ism. From Eve’s “You will be like God” to Babel’s “Let us make a name for ourselves” to the pharisees’ self-justification. We desperately desire to escape from God’s control of our lives.

“Self-isms” are counterfeits. They work for a bit – in the short run, the self-confident get more promotions – but like all scams, they are ultimately exposed for the frauds they are. London Bridges falling down.

Every mental image of God – bridges to our independent, “glorious” life – will fail. Those bridges can’t bear the weight of a God-created life. We don’t need self-esteem or self-love. Our one and only need is God’s love.

In His love, we have a confidence that cannot be shaken, an esteem that cannot be stolen, a love that banishes fear, and a Father who names us Himself, and then He calls us by name.

And the final idol dies.