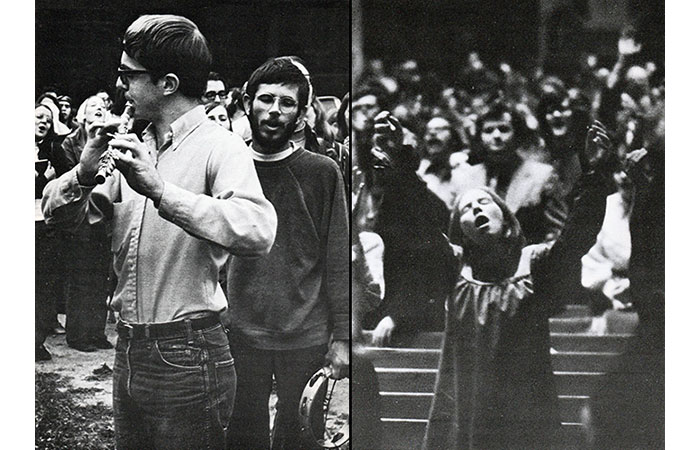 Christian Covenant Community began in 1970 in a very unlikely place – on a secular university campus in Ann Arbor, Michigan, USA, among a handful of students and local residents who were hungry for God and for the action of his Holy Spirit. Since that time numerous Christian covenant communities have developed worldwide, including the Sword of the Spirit, a network of ninety-four member communities. Ellen Gryniewicz, a founding member of the first covenant community, shares her story. – editor

We started out as students, barefoot and beaded, but when we started to build community, we needed more than that. We found what was needed in tradition, the traditions of the Jewish and Christian people of God. The Lord’s Day – setting aside Sunday for the Lord – entered our life fairly early, and became a mainstay in anchoring family and household life in stable patterns. Community daily prayers, often done as evening prayers, also helped. Celebrating the seasons of the Christian year further enriched us, and sometimes set us apart. Try celebrating Advent, not Christmas, in the weeks leading up to the feast of the Incarnation, and you will experience going against the stream of our culture.

A less ceremonial, but essential, custom which has woven together the lives of God’s people whenever they have experienced being his people, is mutual care. We met together for support in small groups, provided meals when babies were born, helped one another move (endlessly, it seemed), and baked cakes for many, many weddings – sometimes two or even three a weekend.  And we prayed with each other and for each other and over each other. And we sang an ever-increasing repertoire of songs, many of our own composing.

All of these things had been done by others before us, and had worked for them. They worked for us also. We became a people – a people who were noticeably different, set apart to be dedicated to serving our God. And this identity made us able to resist, at least in part, the powerful influences trying to pull us away from Jesus and the way of life he calls us to live. Forming a culture as a people of God helped us to counter the non-Christian culture we live in.

Ellen Gryniewicz is a senior woman leader of The Word of Life Community in Ann Arbor, Michigan, USA.