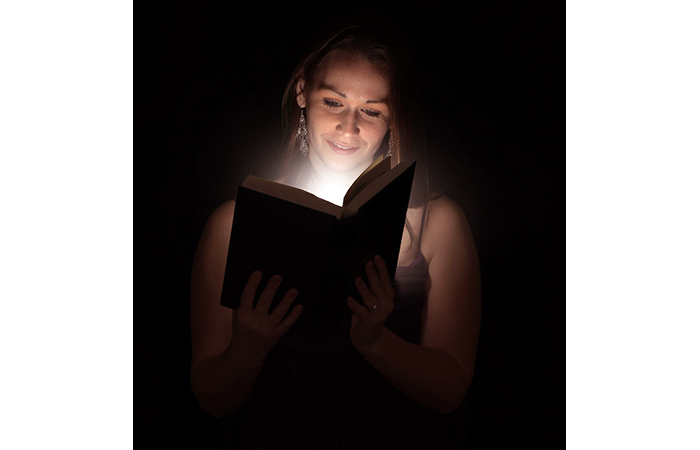 How can I live a Christian life in the real world, and where are the final authorities for such a life, which alone is worth living?

First, I want to confess quite simply that I believe the Bible alone is the answer to all our questions, and that we only need to ask persistently and with some humility in order to receive the answer from it. One cannot simply read the Bible the way one reads other books. One must be prepared to really question it. Only then will it open itself up. Only when we await the final answer from the Bible will it be given to us. That is because in the Bible it is God who speaks to us. And we cannot simply reach our own conclusions about God; rather, we must ask him. He will only answer us if we are seeking after him.

Naturally, one can also read the Bible like any other book – from the perspective of textual criticism, for instance. There is nothing to be said against that. But that will only reveal the surface of the Bible, not what is within it. When a dear friend speaks a word to us, do we subject it to analysis? No, we simply accept it, and then it resonates inside us for days. The word of someone we love opens itself up to us the more we “ponder it in our hearts,” as Mary did. In the same way, we should carry the Word of the Bible around with us. We will only be happy in our reading of the Bible when we dare to approach it as the means by which God really speaks to us, the God who loves us and will not leave us with our questions unanswered.

Seeking what we know

Now, we can only seek for what we already know. If I do not know what I am really looking for, then I am not really looking for anything. So, we must already know which God we seek before we can look for him. If I do not know that, I will just rummage around, and seeking will become my main purpose instead of finding anything at all. So I can only find if I know what I seek. Now, I either know about the God I seek from my own experience and insights, from the meanings which I assign to history or nature – that is, from within myself – or I know about him based on his revelation of his own Word. Either I determine the place in which I will find God, or I allow God to determine the place where he will be found.

If it is I who say where God will be, I will always find there a God who in some way corresponds to me, is agreeable to me, fits in with my nature. But if it is God who says where he will be, then that will truly be a place that at first is not agreeable to me at all, that does not fit so well with me. That place is the cross of Christ. And whoever will find God there must draw near to the cross in the manner that the Sermon on the Mount requires. That does not correspond to our nature at all; it is, in fact, completely contrary to it. But this is the message of the Bible, not only the New Testament but also the Old (Is. 53!). In any case, Jesus and Paul understand it in this way – that the cross of Jesus fulfills the Scriptures of the Old Testament. The entire Bible, then, is the Word in which God allows himself to be found by us. Not a place that is agreeable to us or makes sense to us a priori, but instead a place that is strange to us and contrary to our nature. Yet, the very place in which God has decided to meet us.

Asking God to help us hear what he wants to say

This is how I read the Bible now. I ask of each passage: What is God saying to us here? And I ask God that he would help us hear what he wants to say. So, we no longer look for general, eternal truths, which correspond with our own “eternal” nature and are, therefore, somehow self-evident to us. Instead, we seek the will of God, who is altogether strange to us, whose ways are not our ways and whose thoughts are not our thoughts, who hides himself from us under the sign of the cross, in which all our ways and thoughts have an end. God is completely other than the so-called eternal verities. Theirs is an eternity made up of our own thoughts and wishes. But God’s Word begins by showing us the cross. And it is to the cross, to death and judgment before God, that our ways and thoughts (even the “eternal” ones) all lead.

Does this perspective somehow make it understandable to you that I do not want to give up the Bible as this strange Word of God at any point, that I intend with all my powers to ask what God wants to say to us here? Any other place outside the Bible has become too uncertain for me. I fear that I will only encounter some divine double of myself there. Does this somehow help you understand why I am prepared for a sacrificium intellectus – just in these matters, and only in these matters, with respect to the one, true God! And who does not bring to some passages his sacrifice of the intellect, in the confession that he does not yet understand this or that passage in Scripture, but is certain that even they will be revealed one day as God’s own Word? I would rather make that confession than try to say according to my own opinion: this is divine, that is human.

And now let me tell you quite personally that since I learned to read the Bible in this way – and that is not so long ago – it has become daily more wonderful to me. I read it mornings and evenings, often also during the day. And each day I take up a text, which I have before me for the entire week, and I attempt to immerse myself in it completely, in order to really listen to it. I know that without this I could no longer rightly live, let alone believe. And every day more riddles are solved for me, even though I am still just moving on the surface.

As I was looking at medieval art again in Hildesheim, it occurred to me how much more they understood about the Bible in those times. I am also struck by the fact that our ancestors in their battles for the faith had nothing, and wanted nothing, but the Bible, and that by means of the Bible they became strong and free for a real life of faith. It would be simply superficial, I think, to say that everything has changed since then. Human beings and their needs have remained the same. And the Bible answers those needs today no less than then. It may be that this sounds very primitive. But you have no idea how happy one can be to find one’s way back from the false tracks of so much theology to these primitive things. And I believe that in matters of faith we are always equally primitive.

In a few days it will be Easter. That makes me very happy. But do you think that either of us by ourselves could believe or would want to believe these impossible things that are reported in the gospels, if the Bible did not support us in our belief? Simply the Word, as God’s truth, which he vouches for himself. Resurrection – that is not a self-evident idea, an eternal verity. I mean, of course, resurrection as the Bible means it – as a rising up from real death (not sleep) to real life, from life without God to new life with Christ in God. God has said (and we know this through the Bible): “Behold I make all things new.” He made that come true at Easter. Must not this message appear much more impossible, distant, unreal than the whole story of King David, which, by comparison, is quite harmless?

The decision to trust the Bible or not

There remains, then, only the decision whether we will trust the Bible or not, whether we will allow ourselves to be supported by it as by no other word, in life and death. And I believe that we can only be happy and at peace when we have made that decision.

Forgive me, this has become a very long epistle. I do not know if I should write in this way. Yet I believe I should, and I am very pleased that we have had one such exchange of letters. We must go on sharing what we believe we have discovered. Whether we have a right to speak as I have now spoken to you will be proved in our experience. For now we must lay it aside.

[This excerpt is from a letter which Bonhoeffer wrote to Dr. Rudiger Schleicher, Bonhoeffer’s brother-in-law, dated 8 April 1936. Original source is from the complete works of Bonhoeffer,

GesammelteSchriften, III, 26-31, Chr. Kaiser Verlag, Munich. The English translation of the complete letter is published in Meditating on the Word, edited and translated by David McI. Gracie,© 1986, Rowman and Littlefield Edition, UK and Cowley Publications, US.]

Dietrich Bonhoeffer (1906-1945) was a German Lutheran pastor and a founding member of the Confessing Church in Germany. He was the first of the German theologians to speak out clearly against the persecution of the Jews and the evils of the Nazi ideology. In spring of 1935 Dietrich Bonhoeffer was called by the Confessing Church in Germany to take charge of an “illegal,” underground seminary at Finkenwalde, Germany (now Poland). He served as pastor, administrator, and teacher there until the seminary was closed down by Hitler’s Gestapo in September,1937.

In the seminary at Finkenwalde Bonhoeffer taught the importance of shared life together as disciples of Christ. He was convinced that the renewal of the church would depend upon recovering the biblical understanding of the communal practices of Christian obedience and shared life. This is where true formation of discipleship could best flourish and mature.

Bonhoeffer’s teaching led to the formation of a community house for the seminarians to help them enter into and learn the practical disciplines of the Christian faith in community. In 1937 Bonhoeffer completed two books, Life Together and The Cost of Discipleship. They were first published in German in 1939. Both books encompass Bonhoeffer’s theological understanding of what it means to live as a Christian community in the Body of Christ.

He was arrested and imprisoned by the Nazi Gestapo in April 1943. On April 8, 1945 he was hanged as a traitor in the Flossenburg concentration camp. As he left his cell on his way to execution he said to his companion, “This is the end – but for me, the beginning of life.”