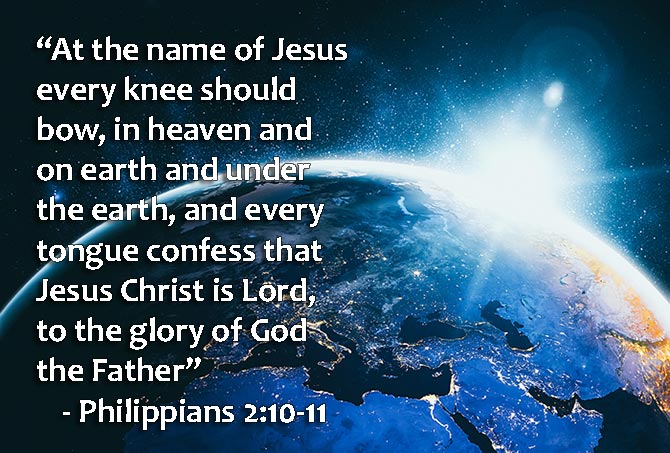 When we think about unity in our Sword of the Spirit communities, we can look at it on many levels:

Personal level: our own heart issues and what the Lord needs to do in us to love unity the way he does. There is spade work for each of us here to weed out divisiveness and hidden judgments in our own hearts.

International level: In our covenant communities movement, the Sword of the Spirit, we are also privileged to work for unity internationally, across many cultural, economic and political divides.

From my personal experience of working for serval years in the automotive industry at General Motors, I was privileged to travel and work in many cross cultural, international situations: Germans, Swedes, Italians, Japanese, Koreans, Chinese. This gave me an appreciation for the challenge in working in these environments, such as differing approaches to language, inter-personal dynamics, differing views of context, how disagreements are worked through, etc.

Yet all of these experiences pale in comparison with the richness, diversity and challenges we face in our life in the Sword of the Spirit. Part of my service gives me the opportunity to serve in some of these cross-cultural settings internationally. I’ve been challenged but also inspired over the years as I’ve been privileged to serve in this way.

A picture of our diversity in Sword of the Spirit

My goal in this presentation is to try to paint a picture that gives a taste of some of the diversity we have in our community of communities, the Sword of the Spirit. This diversity includes cultural, economic, political, as well as language, and other factors.

When I initially gathered my thoughts for this presentation, my mind was full of all the challenges that this diversity presents – this is the way my mind works – I tend to focus on the problems. As I considered it more deeply, I was inspired to see the great richness and beauty in our international diversity and how the Lord is making us ‘one man’ in him. So I don’t want to speak on this because it’s interesting to understand or to invoke a sense of appreciation for the challenges, rather to create a sense of wonder at what God is doing in creating unity across our international movement. And to see the hand of God in this movement that we have been caught up in. The story I want to tell, the picture I want to paint, is not a story about what we are doing, rather what He is doing to knit us together.

First, just to give you a sense of some numbers and breadth of the Sword of the Spirit:

Beyond the numbers, let me sketch out a couple of areas of our diversity:

In the Sword of the Spirit we have both low context and high context cultures. What does this mean? What does context have to do with anything?

Let me illustrate with an example: A high context culture means that there is a lot of context involved in understanding what is going on. Things are not clearly stated on the surface. Communication is often indirect. There’s a lot of ambiguity. The Japanese are often cited as a strong example of high context culture.

In the Sword of the Spirit, we have both present.

In the Sword of the Spirit we also have communities in cultures that tend to be group consensus cultures and also more individualistic cultures. I make no judgment about which is better – there are positives and negatives to each – but I would observe this results in very different approaches to life, working together, and working through differences.

In a group consensus culture, the individuals first thought is to how the group thinks about an issue and how he can contribute to the process of contributing to resolving the issue as part of building group consensus. Group cohesion is very important. In an individualistic culture, the individual’s first thought is internal: what does he or she think about an issue. Again, no right or wrong here, just an important difference.

In the Sword of the Spirit we have communities in cultures that tend to be more hierarchical and some that focus more on individual freedoms. In some cultures where we are present in the Sword of the Spirit, individuals instinctively look up to an authority for direction on how to think about an issue. In other cultures where we are present, authority is greatly suspect and the priority is on sorting out our internal position.

I could make further distinctions but time and space does not allow. For example, we have communities with strongly tribal cultures in the Sword of the Spirit. We could also look at diversity in how different cultures in the Sword of the Spirit approach language and agreements. In some cultures, a written agreement is very important, the words matter, and agreements are approached with more of a legal understanding. In other cultures, the words matter less than the spirit behind the agreement and the strength of the relationship.

Hopefully you get the idea: in the Sword of the Spirit we have a great richness of diversity of human culture. My goal is not to help you get your anthropology merit badge, understanding all these differences. My goal is to paint a picture to see the richness and beauty of the Lord’s call to us and the miracle of unity he has forged among us.

You can also imagine how this diversity affects our international government. Coming to agreement requires us to move in such a way that we listen well and hear each other with real humility. We tend to move very slowly as a result.

A short story from one of our international assembly meetings that illustrates several of these differences. We were working on some kind of a new policy – I don’t remember the detail. There was text in the agreement that a certain position would be ‘responsible’ for helping the policy get put in place. I instantly sensed tension in the room. For the westerners, it was not a big deal, new policy, someone needs to be responsible, neat and tidy, let’s move on. For others in the room, they wanted to discuss what it meant to be ‘responsible’ in their cultural context.

Two things were operative I think. First there was a language issue. In English, the word responsible is pretty straightforward and has a pretty functional meaning – this is the person assigned to accomplish a functional task. However, in Spanish, ‘Responsible’ is also a word but carries much more weight. It’s an office, there is strength and power associated with the word – same word, different weights.

Secondly there were differences in approaching the agreement itself – time and dialogue were required to understand if this was an agreement that was more of a ‘spirit of the agreement’ or something more ‘heavy’ or binding – how was everyone looking at this? We had an excellent discussion and resolved the issue. Perhaps this example can help you see how the diversity the Lord has given us needs to be protected and stewarded.

In the Sword of the Spirit, we have present in our midst both free market capitalists and what one might describe as liberal socialists or even socialists. Again, I make no judgment on this, just pointing out the diversity. There are very different views among us on how economies should be structured for the overall good of society and to promote social cohesion and justice.

Politically there is also great diversity among us internationally on all sorts of things. For example, the role of the state versus the role of the individual. The need for strong central authority versus the importance of limited government. Left leaning and right leaning, etc.

We have some communities in the Sword of the Spirit that are situated in counties that are under autocratic rule, such as Marxists governments, or Muslim governments.

I spoke recently with an individual from one of our communities in a Muslim country where the Christians are a very small minority. They experience being under constant, widespread, and strong pressure to leave or change their religion. How does one participate politically in such a situation?

I also spoke with another brother from an Asian country that recently elected an autocratic leader. I asked if everyone saw this political situation the same way. Hmmm, not quite. Some were supportive, most not. While some people in the US think their political situation is messed up, our brothers and sisters in many other places face much more complex and negative environments.

We also experience ecumenical diversity across the international Sword of the Spirit. Here in the US many of us tend to think of ecumenism mainly involving Catholic and Protestants, since they have little or no local contact with Orthodox.

Internationally we see a much richer tapestry. For example, our communities in the Middle East have Greek Orthodox, Armenian Orthodox, Syriac Orthodox. There are also many expressions of Catholic traditions: Maronites, Greek Catholics, Coptic Catholics, Chaldean Catholics, Syriac Catholics.

We also have a rich diversity of the Protestants members in our communities: Lutherans, Reformed, Church of England, Church of Ireland, Pentecostal, Baptist, etc.

What I have tried to paint here is a picture of great diversity among our communities in the Sword of the Spirit. These diversities include cultural, economic, political, and ecumenical differences. Sometimes we tend to focus only on our local differences. We need to raise our eyes and see the bigger picture of the Lord’s work among us internationally. We are privileged to be part of a greater work the Lord is doing today. He is weaving a tapestry of unity with threads of many different colors.

How is the Lord doing this? How are we cooperating with what he is doing? How is the Lord building unity in the Sword of the Spirit in the midst of our great diversity? Is it not a sign of the grace of Christ and the power of the Holy Spirit?

Let’s keep our focus on the Lord as he leads us deeper still in the unity he is creating among us.

Dave Hughes is President of the North American Region of the Sword of the Spirit. Dave and his wife Jane live in Ann Arbor Michigan, USA and they have five children and 13 grandchildren. They are members of Word of Life community and Knox Presbyterian Church in Ann Arbor.

See other articles by Dave Hughes in past issues of Living Bulwark.