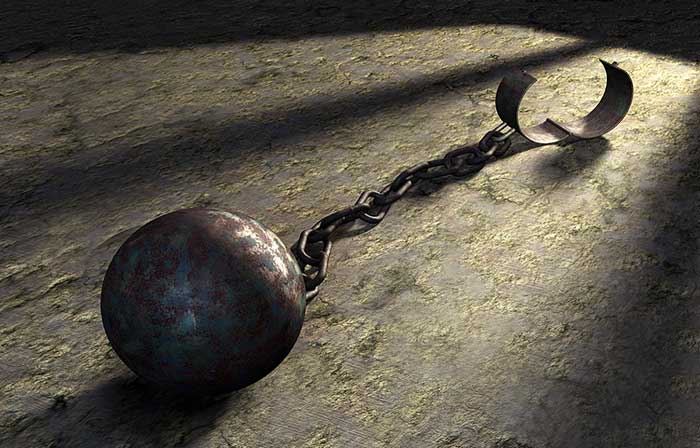 [God] sent a man before them, Joseph, who was sold as a slave. They afflicted his feet with fetters; he himself was laid in irons, until the time that his word came to pass, the word of the Lord tested him.     – NASB

The life of Joseph began with great promise. Earlier in his youth, the Lord gave him a dream that showed him that he would be elevated to a position of great authority. He would rule over his brothers. Even his father and mother would come bowing down before him. What happened next? The very opposite of what God had promised. His brothers betrayed him, sold him as a slave into Egypt, and, because he was faithful to his Egyptian master, he eventually ended up in prison. He was in fetters, his soul was in iron. [life of Joseph in Genesis chapters 37-50]

How did Joseph respond to that situation? Did he say to himself, “Everything’s gone wrong! The Lord’s promise will never come true”? No, I don’t believe that. It says, “Until the time that the promise came, the word of the Lord tested him.” How important it is to see that when the Lord gives us a promise, many times everything that happens next will seem to be the very opposite of what God has promised. It’s so important that at times like that we don’t give up on the promise, we don’t say, “God has forgotten; God has failed.”

You see, that promise that God gave us is testing us. It’s testing our faith and our constancy to see if we’ll hold on in the darkest hour. And when we pass the test, then, like Joseph, the promise will be fulfilled.

Derek Prince (1915–2003) was born in India of British parents. Educated as a scholar of Greek and Latin at Eton College and Cambridge University, England, he held a Fellowship in Ancient and Modern Philosophy at King’s College. He also studied Hebrew and Aramaic, at Cambridge University and the Hebrew University in Jerusalem. While serving with the British army in World War II, he began to study the Bible and experienced a life-changing encounter with Jesus Christ. Out of this encounter he formed two conclusions: first, that Jesus Christ is alive; second, that the Bible is a true, relevant, up-to-date book. These conclusions altered the whole course of his life, which he then devoted to studying and teaching the Bible.