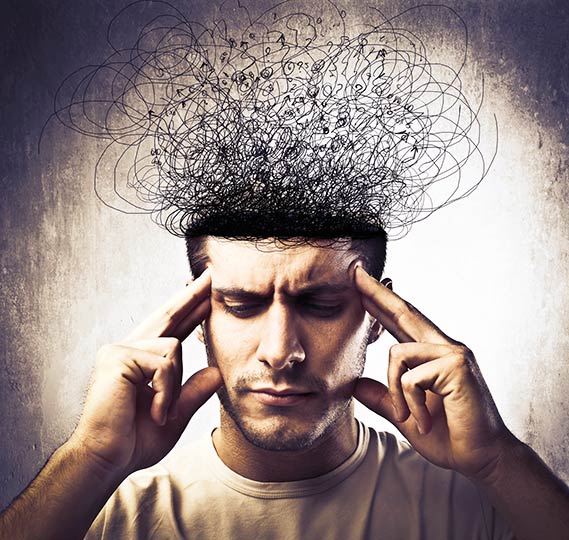 A brief introduction and selection of quotes

Harry Blamires (1916 – 2017) was gifted Christian thinker, writer, and Anglican theologian. He started writing in the late 1940s through the encouragement of C.S. Lewis, his tutor and mentor at Oxford University before the Second World War.

His most well-known and thought-provoking book, The Christian Mind: How Should a Christian Think?, was first published in Great Britain in 1963 by The Society for Promoting Christian Knowledge (SPCK). The first American edition was published in 1978 by Servant Books, Ann Arbor, Michigan USA. Servant Books also published two other books by Blamires, Where Do We Stand? In 1980, and The Post-Christian Mind in 1999.

Blamires called out “the mental secularization of Christians” and the significance of developing Christian thought as it relates to objective truth. Brian Davis, a former student of Blamires, wrote, “With The Christian Mind, Harry began a polemic that he kept going for 40 years.” Blamires died in November 2017 at the age of 101.

Malcolm Muggeridge wrote in his foreword to another of Harry’s books, Where Do We stand? “As an experienced and discerning teacher, Mr Blamires understands with particular clarity how barren and desolate is a mind self-restricted to mental data; how meager is the range of a pilgrim confined to Time, with no concept or sight of eternity; how paltry is a vision that ends on the horizon.”4

Blamires summed up the clash between the Christian mind and the secular mind: “Secularism asserts the opinionated self as the only judge of truth. Christianity imposes the given divine revelation as the final touchstone of truth.… One may say without exaggeration that failure to distinguish clearly between the Christian conception of truth and the conception of truth popularly cherished in the secular mind has been one of the most unfortunate neglects of our age. This failure has done more than anything else to sap the Church’s intellectual morale” [The Christian Mind, SPCK, 1963, pp. 107, 106].3

Under today’s barrage of secular intellectual and moral forces, Christian strength depends on a healthy and distinctively Christian intellect. Yet secular thought and secular assumptions about reality are pervasive. “Having done so,” writes Blamires, “we look around in dismay at the discovery that our followers are few, our predicament misunderstood, our cause misrepresented.”

The Surrender to Secularism

The first chapter of The Christian Mind is titled, The Surrender to Secularism.1 Here are a few quotes:

There is no longer a Christian mind.
It is a commonplace that the mind of modern man has been secularized. For instance, it has been deprived of any orientation towards the supernatural. Tragic as this fact is, it would not be so desperately tragic had the Christian mind held out against the secular drift. But unfortunately the Christian mind has succumbed to the secular drift with a degree of weakness and nervelessness unmatched in Christian history. It is difficult to do justice in words to the complete loss of intellectual morale in the twentieth-century Church. One cannot characterize it without having recourse to language which will sound hysterical and melodramatic.

There is no longer a Christian mind. There is still, of course, a Christian ethic, a Christian practice, and a Christian spirituality. As a moral being, the modern Christian subscribes to a code other than that of the non-Christian. As a member of the Church, he undertakes obligations and observations ignored by the non-Christian. As a spiritual being, in prayer and meditation, he strives to cultivate a dimension of life unexplored by the non-Christian. But as a thinkingbeing, the modern Christian has succumbed to secularization. He accepts religion – its morality, its worship, its spiritual culture; but he rejects the religious view of life, the view which sets all earthly issues within the context of the eternal, the view which relates all human problems – social, political, cultural – to the doctrinal foundations of the Christian Faith, the view which sees all things here below in terms of God’s supremacy and earth’s transitoriness, in terms of Heaven and Hell.

As a follow-up to The Christian Mind, Blamires wrote The Post-Christian Mind. Here he exposes the agenda of the mind and the way the media trashes Christian principles in every area of life – marriage and family life, morality, health, politics, the economy, and the environment – to name a few.

“What we need, says Blamires, “is a Christian backlash, a vigorous response to the new paganism of the contemporary world.”

J.I. Packer wrote in the forward to the book: “The Post-Christian Mind is true journalism… shrewd reporting of what people around us think and do, with interactive comment offered on a basis of common humanity, common sense and Christian insight… The masterful clarity and precision of the analysis offers wisdom for us all.”2

A Selection of Quotes from The Post-Christian Mind, Chapter 12

There is no doubt that, as the twenty-first century begins, Christendom faces formidable hostility, not least in those developed Western countries once regarded as bulwarks of Christian civilization. Looking around us, we Christians cannot but be aware of how powerful and insidious is the assault on the faith which we hold, the faith we have assumed to be the foundation of Western culture. Current secularist humanism – a mish-mash of relativistic notions negating traditional values and absolutes – infects the intellectual air we breathe each day.

There is a campaign to undermine all human acknowledgement of the transcendent, to whittle away all human respect for objective restraints on the individualistic self. The hold of this campaign on the media is such that the masses are brainwashed as they read the press, listen to the radio, or watch television.

The intellectual forces of the Christian Church need to be mobilized in answer to a movement whose leaders are involved, knowingly or unknowingly, in nothing less than the decomposition of our civilization. It is time to submit the half-truths and sly insinuations of the new anti-Christian establishment to ruthless scrutiny. We need to analyse the machinery of discourse by which it operates. We need to examine the verbal currency which it exploits, If we do so, we shall discover that the more deeply we dig down through the slogans and the verbiage, the emptier the supposed foundations of fashionable liberal relativism will be seen to be.

The post-Christian mental world is not a world of structures but a world of fluidity. For all that can issue from the mind bereft of divine affiliation is passing opinion, transient feeling, today’s or tomorrow’s capricious preference. The universal language of reason and morality gives place to a wholly relativistic vocabulary of emotive predilections. The standard articulation of moral judgements in terms of virtues and vices gives place to a strange amalgam of subjectivist concepts such as self-esteem and self-realization. We are always hearing that someone has found himself or herself, got to know himself or herself, learned to live with himself or herself. On all sides people are prating about discovering their “identity”, as though one could help having one. A figure famous in the eyes of the media’s public will explain how, after some remarkable experience and as a result of some mighty effort, “I found out who I really am.” Most of us acquire this knowledge before the nursery school age. Incidentally, the Christian call to lose oneself stands at the very opposite pole of experience to these truly meaningless slogans.

One difficulty that faces us is the fact that, during the last half [of the 20th] century, certain key words have been taken over by secular humanists and given connotations twisted to conform to their program of destabilization, We may cite words such as “freedom”, “value”, “rights”, and “discrimination”. These words, and many others, have acquired connotations explicitly adapted to the secularist agenda for decomposing the social and intellectual frameworks on which the Christian civilization has been built. No weapon is more necessary to the Christian apologist than that of verbal sensitivity. The abuse of words plays a key role in the decomposition of our moral and intellectual stabilities.

Getting to grips with the post-Christian mind will not exercise the brain in the way it was exercised in defining the Christian mind. For there is no fixed body of opinion, no homogeneous set of principles, no philosophical rationale informing that amorphous accumulation of half-truths on which the popular mind is fed today by the media. It would be a mistake to look for system and coherence there. It would be like looking for signposts in a jungle. And that, as will emerge later in this book, is partly because the distinction between the Christian mind and the post-Christian mind is analogous to the distinction between civilization and the Jungle, between order and anarchy. Whether, as I suspect, a civilization is coterminous with the religious faith which informs it is a question which the experience of the twenty-first century may answer.