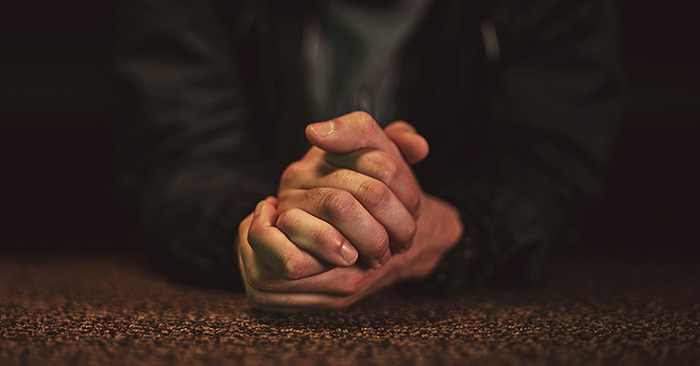 There is a point during the Greek Orthodox Liturgy where the priest faces the people and says, “For those who love us and those who hate us.” He then bows to the people and the people bow back. This odd exchange recognizes an uncomfortable truth: Christians do not always love one another as much as they should, not even during worship.

On forgiveness in the Lord’s Prayer

Interestingly, Matthew 6:12 does not actually use a word that can be translated trespasses. The Greek word is opheilēma: literally something owed. And many Christians recite the Lord’s Prayer: “Forgive us our debts as we forgive our debtors.” Again, the question is not will I forgive my brother or sister a debt that they owe to someone else, but will I forgive the debt I think they owe to me.

The use of the word trespasses instead of debts is not really a disagreement about translation; it is, rather, a way of incorporating the content of Matthew 6:14&15 into Matthew 6:12 for the purpose of public recitation. To see this more clearly, here is a straightforward translation (RSV) of this section of the Gospel of Matthew.

Some Christians are happy to stitch the verses together and so use “trespasses” when reciting the Lord’s Prayer. Other Christians prefer to recite the prayer exactly as written and so use debts.

Meaning of debts and trespasses

Jesus could have used the word sin here (as he does in many other situations) instead he uses debts and trespasses. Debts, opheilēma, implies that my brother or sister owes me something that he/she is not giving me. Yes, a debt can be money that I have lent them that they are not paying back. It could also mean the respect I think I deserve that they are not giving me – or any of a thousand ways that those closest to us are not doing what we think they should.

Trespasses, in Greek paraptōma, means a side slip, a lapse or deviation, which implies an intentional or willful error or transgression. It is translated several ways: fall, fault, offence, trespass. In other words, our brother or sister has gone where they should not have gone or done what they should not have done. They may have done it by mistake; they may have done it on purpose. Trespass, like debt, is a personal transgression. It is not for me to forgive someone who has trespassed on my neighbor’s property, my job is to forgive my brother or sister who has trespassed on my property.

In both cases, Jesus is very clear: IN THE SAME WAY that you forgive those who owe you a debt or have gone where they should not with you – in that same way the Father will forgive the debts you owe to him and the times you have trespassed on his property. The implication is very clearly stated in Matthew 6:15: “If you do not forgive men their trespasses, neither will your Father forgive your trespasses.”

Offending others and being offended

Often, when love is tested, a big hug is helpful: it says I still love you even though you just stepped on my toes. Somehow, hugs do not work as well over Zoom.

So, we are left to apply the teaching of Jesus: “How often shall my brother sin against me, and I forgive him? As many as seven times?” Jesus said to him, “I do not say to you seven times, but seventy times seven” (Matthew 18:21-22).Lord Jesus, help us to have undiminished love for one another as we negotiate these difficult times together. And if love wears thin, help us to be generous in forgiveness.