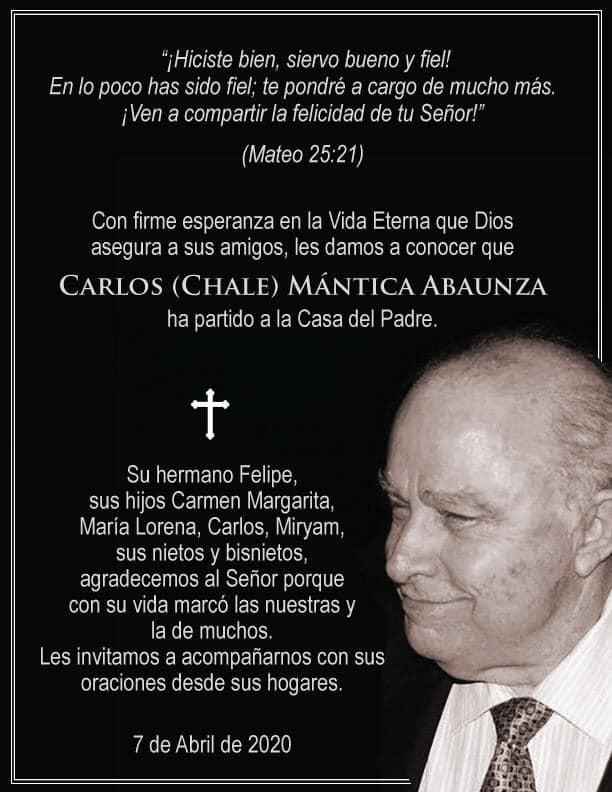 I first knew Chale by reputation. I heard stories about him involving healing and deliverance. And I said ‘this must be a great man of God!’. Then I met him in the very early nineties at International Assemblies of the SOS and was impressed by his zeal and wisdom. Then I served with him in the year 2000 on a visitation team to the community in Vitoria, Spain and I discovered his pastor’s heart. Then he invited me, a few years after that, to spend one week in his house in Managua. And I knew Chale as his close friends know: he introduced me to Nicaraguan poetry, literature and music; he also took me on a couple of tours to visit some of the beautiful sites of Nicaragua and some of the best food in the city. A man who loves beauty in art and in God’s creation.  During that week he also did not hide from me his weaknesses, his limitations and his shortcomings. And with Chale, I realized again and again that the Lord chooses ordinary men and women to build his kingdom and he gives them extraordinary gifts to build with.

Chale used these gifts to build a spiritual city, a community of men and women in Managua and beyond Managua in several cities of Nicaragua and Latin America. The Lord also called Chale to play a very important and lifesaving role when the international community, the Sword of the Spirit, was undergoing severe challenges. I know that the Lord also used Chale to play a significant role in his own Country and the church. I believe we all owe Chale something, whether we know what it is or not, whether we see what it is or not.

Once, Chale told me that if I stopped believing in miracles, I will not be able to build Christian community. 10 years ago, when I started building a community in Aleppo, Syria, a Catholic priest came to me and said that this was mission impossible. I replied and said: ‘I know’. Then I added: ‘but I believe in the power of the resurrection of Jesus from the dead’. 10 years later, this community is doing very well. Chale often wrote to me and asked about this community. He offered help, both money and prayers because he said he and the Ciudad de Dios are committed by covenant to this community they never visited. I believe that this community in Aleppo, Emmanuel, survived the war and even increased in numbers thanks to people like Chale, and to the many miracles that God has done among them, and especially because their Lord, our Lord has risen from the dead.

Rest now Chale from all your labors. To you is the promise of the resurrection from the dead!

Carlos (Chale) Mántica (1935-2020) was a leader and founder in the Ciudad de Dios community in Managua, Nicaragua and he served as International President of the Sword of the Spirit during a period in the 1990s.

Jean Barbara is a coordinator from the People of God Community in Beirut, Lebanon. He currently serves as the International President of the Sword of the Spirit.