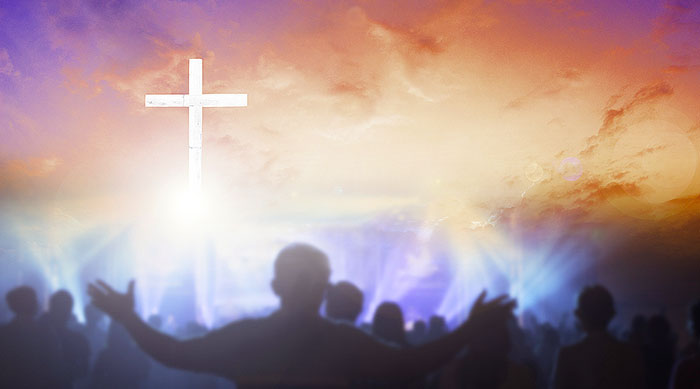 One of the signs of authentic spiritual renewal is the birth of new Christian communities. Some of these communities come together to live a fuller Christian life in a daily way. Some come together for apostolic service. Some do both. Their life together is a response to the Holy Spirit, leading Christians to love God and neighbor in a deeper way.

All important periods of renewal gave rise to new communities. We might think of monasteries [such as the Benedictines] as communities of priests who live together to worship God and often run schools, parishes, and the like. But history tells us that these monastic communities are an outgrowth of a broader renewal movement that touched many individuals, most of whom did not live in communities. Most monasteries were at first lay communities.

The early Middle Ages likewise saw a movement of renewal. It has been described as the first evangelical renewal because of its emphasis on preaching the Gospel. This renewal gave rise to the communities we know as the mendicant orders  – Franciscans, Dominicans, Carmelites, as well as lay communities, such as third order groups, confraternities, and associations, often made up of married people.

The same development of community life came out of the other periods of renewal and reform in the sixteenth century, the religious renewal of the early nineteenth century, and surprisingly enough, our own time. The decline in church life is more evident today. Yet this is also a time of renewal, as witnessed by the proliferation of communities worldwide. While some of these are celibate communities, most are lay and are predominantly made up of married and single people. The Sword of the Spirit is a community of communities – with some 90  covenant communities and more than a 100  movements in 28 countries, with a unity based on common teaching, mission, structure, and way of life.

Covenant communities are outgrowths of the long tradition of Christian communities, and they share its characteristics. They are first of all based on a call. Sometimes it is a call to a particular spirituality, sometimes to a way of life with special features, sometimes to a particular service. Those who belong to such communities do so because they have experienced a call from God to live the life of the Gospel in a particular way, according to a special charism or vocation. They take on special commitments and ways of living that flow from that call. These do not involve requiring more than the Gospel but like the commitments involved in marriage, are a way to live out the Gospel in faithfulness to a particular call not all Christians share.

Such commitments are commitments to one another and to a common way of life. Traditionally, these have been commitments to a rule. We make commitments so we can count on one another as we live for the Lord, so that we will persevere in our good intentions, and so that we can expect the help of others to call us on. When we are helped to do what we believe we are called to do and have committed ourselves to do, we are not being coerced but supported.

Covenant communities have leaders that exercise some element of personal authority in the lives of those who belong to them. That authority is limited. It is only exercised in the service of the common purposes that the members of the community have committed themselves to.

Christian tradition places a value on a spirit of obedience, because authority can be a service to help us love God and neighbor. Others who represent to us the common good and call us to give to God what we promised to him – even when what they do is limited and flawed the way all human service is flawed – support our Christian life.

Christian communities in the modern world are fragile. If something like the family, deeply rooted as it is in human nature, is subject to the difficulties it now is, Christian community life will be even more so. In Western countries, marriages often end in divorce. Many children are scarred from living in families that have not functioned well. Yet we do not say that we should abolish family life because it is not working well. Likewise even though Christian communities show the same signs of stress from trying to survive in the modem world, Christians will want to maintain them when they can.

Christian communities are also under pressure from some (though by no means all) sectors of the evangelical or fundamentalist world that speak negatively about committed corporate life and its values of submission and stability. These pressures can come especially strongly from charismatic circles that highly value the subjective leading of the Spirit over objective teaching, tradition, and church authority and consider unfettered individualism to be the same as spiritual freedom. While such currents are considered problematic by most churches, orthodox Christians should be especially able to recognize how alien their approach is to the value of Christian tradition.

The modern world may present its challenges to something as old as the tradition of Christian communities in the churches, but like the Christian church itself, the tradition is an ancient tree still capable of putting out new shoots.

1 thought on “Covenant Communities – A Sign of Authentic Renewal”