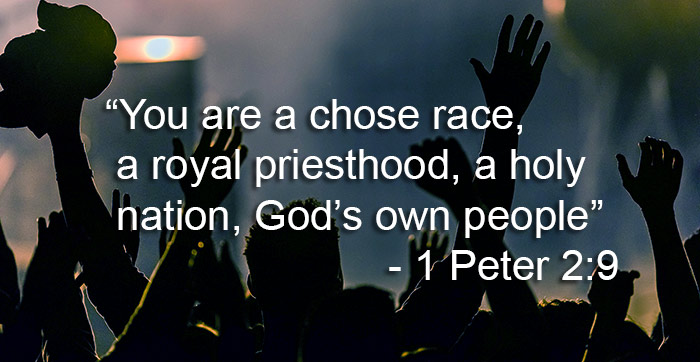 Remarking on the sudden popularity of the word “culture” in the mid-l940’s, T.S. Elliot made the following observation: “The use of the word ‘culture’ by those who have not, as it seems to me, pondered very deeply on the meaning of the word before employing it, might be illustrated by countless examples.” This comment strikes me as being just as true today as it was many years ago. “Culture” is still a favorite topic, but its meaning is often unclear.

Some people, for example, equate culture with art, literature, or music – what is sometimes called higher culture. Others equate culture with the development of human life and speak of the “advancement of culture,” having in mind the general improvement of the quality of life (attaining a “higher level”). By contrast, anthropologists view culture as being a people’s whole way of life. It is this third concept of culture that I would like to use here.

A distinctly Christian way of life

Anthropologists view culture as being a people’s whole way of life. Although this modern anthropological notion of culture is not, strictly speaking, a biblical or traditional Christian concept, it can be valuable because it highlights a central thrust of New Testament teaching. Christians ought to have, as the natural consequence of their Christian beliefs and values, a distinctively Christian way of life that reflects and supports those beliefs and values. In scriptural terms, Christians, because of their new birth in Christ, are to be a new people, God’s people, with a new way of life which is in harmony with God’s nature and purposes. The Apostle Paul puts it simply:

“He has delivered us from the dominion of darkness and transferred us to the kingdom of his beloved Son.”

Paul also describes the concrete change in behavior involved in the transfer of kingdoms:

“You must no longer live as the gentiles do, in the futility of their minds; they are darkened in their understanding, alienated from the life of God because of the ignorance that is in them, due to their hardness of heart; they have become callous and have given themselves up to licentiousness, greedy to practice every kind of uncleanness.”

Spiritual ignorance, stemming from a rejection of the truth, alienates people from the life of God and issues in a corrupted way of life (see also Romans 1:8-32). This is not, of course, to say that non-Christians or non-Christian cultures lack all goodness or that Christians cannot learn from them. But there is an important spiritual principle here: the form a human culture takes depends on its spiritual relationship with God. If a culture does not explicitly acknowledge and obey the one true God, it will contain distortions of true righteousness and sometimes immoral practices.

Peter emphasizes the new identity of Christians in these words:

“You are a chosen race, a royal priesthood, a holy nation, God’s own people, that you may declare the wonderful deeds of him who called you out of darkness into his marvellous light… I beseech you as aliens and exiles to abstain from the passions of the flesh that wage war against your soul.”

God’s people are to live in the midst of other peoples, and hence are “aliens and exiles” whose way of life is different from that of the peoples around them. As followers of the one who said, “Foxes have holes, and birds of the air have nests; but the Son of man has nowhere to lay his head” (Luke 9:58), the early Christians understood that “our common-wealth is in heaven” (Philippians 3:20), that “here we have no lasting city, but we seek the city which is to come” (Hebrews 13:14). Their new identity was a matter of practical, everyday life in that they had their own laws (the scriptural laws), courts (see, for example, 1 Corinthians 5:3-5; 6:1-6), and governors, and formed communities which had distinctive social customs and expressions.

All cultures are built on beliefs and values. Beliefs include, for example, the assertions that Jesus is Lord and that there is life after death. Values are principles or qualities which a person, group, or society considers desirable and around which life is oriented: for example, loyalty, beauty, or comfort.

In order to have a Christian culture or way of life, all we do must proceed from Christian beliefs and values. But what of the relation between Christian culture and the natural human culture with which we identify ourselves? For example, we see ourselves as Americans or Mexicans or Indians. If we find that our actual way of life does not, in fact, differ much from that of non-Christians in our particular cultural group, then we may conclude that our Christian beliefs and values are not as important in shaping our lives as they ought to be and that we run the risk of being assimilated into a non-Christian American or Mexican or Indian culture.

But the fact that Christianity forms its own culture does not mean we have to cease being Americans or Mexicans or Indians. It does not mean that Christianity must look exactly the same everywhere in the world. That part of American culture which is incompatible with Christianity should drop out of American Christians’ lives, but that part of it which is compatible can be retained and transformed. Although the core beliefs and values, many elements of social structure, and some patterns of life have to be the same for an American Christian and an Indian Christian, some of the elements of their social structures and many of their patterns of life will differ a great deal.

In the attempt to allow for the diversity of human cultures, however, it is easy to lose perspective on the core parts of Christianity which should not be adapted or changed. The failure to distinguish essential beliefs such as sexual morality, and important social structural elements such as parental roles is called “cultural relativism”. Cultural relativism sees such Christian beliefs, values, and elements of social structure as being “culturally conditioned” — stemming from a particular culture rather than belonging inherently to Christianity. These beliefs, values, and elements are seen as merely part of one or several possible incarnations of Christianity into different human cultures and hence not integral to every Christian culture.

Cultural relativism is thus unable to distinguish those things which are fundamental to God’s purposes from those things which are simply expressions that vary from culture to culture. Cultural relativism also misses the actual significance of the various expressions. Far from being unimportant because they are “just cultural”, that is, because they vary from culture to culture and hence are not normative, customs and expressions can be significant for Christians because of what those customs and expressions represent. For example, taking one’s hat off or putting it on when worshiping God are obviously different expressions. But they both can represent the same value of reverence, honor and respect. To give another example, although American Christians might not bow before their elders as Ethiopian Christians might do, American Christians might be reminded by the custom of bowing that respect is an important Christian value, for which a suitable, culturally American expression should be found.

As Christianity is translated into a variety of human cultures, its essential beliefs, social structures, and patterns of life must remain intact. Otherwise the result is not a translation but a new message. Human cultures can be christianized, but to do so requires a transformation. They must become cultures that are founded on God’s revealed truth and that support those who desire to live it out.