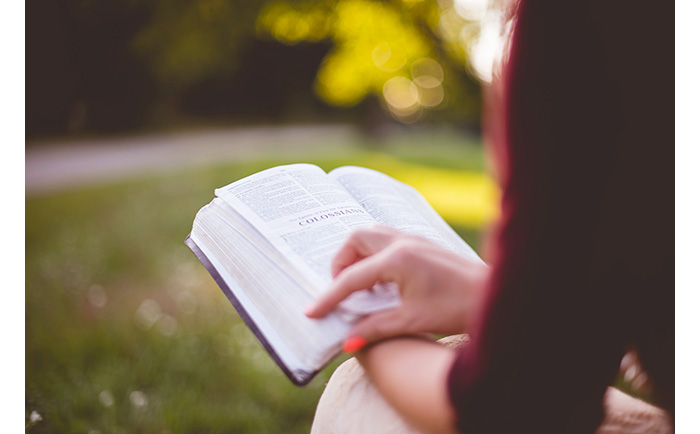 I remember clearly the day that I realized the treasure of a time set aside daily just to be with the Lord.  I was twenty-five, recently graduated from Queen’s University in Belfast, newly arrived in London, teaching at North East London University, and unbelievably lonely.  I was sitting on my bed in a tiny room – the guest bedroom of a little London flat, which belonged to a friend of a friend of mine.  She had generously invited me to live with her until I got my feet under me in a strange city and a new job.  I had picked up my Bible to read a portion and then it struck me.  No matter where I lived, I had always had this time in the morning with the Lord.  In the short twenty five years I had been on the planet at that point, I had called at least fourteen houses “home”.  I had lived on two continents in five countries; I was a true nomad!

In all of those places and with all the different friends I had made, the one consistent relationship that had not changed was with God.  And this God, the creator of the universe who gives all living things breath, who knows the intimate thoughts of every human being, who is beyond my ability to comprehend, this God showed up every morning for a chat with me!

In the years that have passed from that day to this (and I don’t intend to tell you how many they have been but they have been many) I have never lost the conviction that this is the greatest privilege I will ever have, however long I live.

This is the greatest privilege I will ever have, however long I live.

I have had the opportunity to visit other countries; I have loved and lost friends.  I have worked a myriad of jobs – including wife and mother, perhaps the most demanding of all possible jobs.  I have had the opportunity to serve at my church and in my community. I have participated in urban outreaches and helped with groups providing food for the hungry.  In all of these opportunities I have been so very, very blessed – but never more so than in this daily audience with my Maker.

I think back to my first year as a new mother – there were many times when I was so tired by the time I got to pray that I fell asleep in mid-sentence.  When the children were very little I often could not find a moment to pray until my husband came home. I remember on more than one occasion waiting by the back door, coat and shoes on, baby in my arms, the others squabbling at my feet, my ears straining for the sound of a car in the driveway.  No sooner did I hear the sound of the garage door than I bolted from the house, thrust the baby into that kind man’s arms, mumbled something super Christian like “Take them, I gotta go”.  Extricating myself from the toddler’s sticky hands, I would go running down the drive gulping fresh air, marveling at the feeling of freedom and aware of the privilege of being in the presence of a God who would take time to be with a sleep-deprived, escapee mother and to hear her muttered prayers for patience.  I remember too, when the children were a little older, locking myself in the bathroom just to get a moment’s peace.  Was that very presumptuous of me to assume that the God of the universe would meet me there?  But amazingly He did.

No matter where I was, or in what condition, when I turned to the Lord, He was always there.  How do I know?  Did I always hear Him speak to me? Was there always an experience of His presence? Did the Scripture verses I read always leap off of the pages rich in meaning? Actually no, not always. Sometimes but not always.  But I cannot count how many times God tells us in Scripture “I will never leave you or forsake you”.  So, whenever I turned to Him I know He was there.

Nowadays I often get up with the dawn and walk down the lane outside my house while praying.  Being out in the midst of the creation that He made can sometimes help me focus. Every breath I take, in and out, I remember comes from Him. The sunlight through the leaves or the moon fading as the sky lightens or the birds singing their little hearts out remind me that the rest of God’s creation does a better job than me of being all that it was created to be.  It is often, in those moments, that it is almost as though the curtain between there and here thins a little and I can sense His closeness and the presence of all the heavenly host that Hebrews 12 says are cheering us on.

God is waiting to spend time with every single one of his children.

God is waiting to spend this time with every single one of His children. Maybe you won’t be seeing the first gleam of dawn but rather the full light of day. Or maybe it will be in the cool of the evening like Adam and Eve in the Garden of Eden. Whatever time you choose, you can be assured that God will be there waiting to be with you, to impart wisdom, to pour out His love, to guide, direct, challenge and heal. Even if you are in a season of life where finding a consistent time is close to impossible, and even if you find you have little to say or can hardly stay awake, it is worth taking a minute to turn your face to the one who can change you “from one degree of glory to another” as you gaze on Him, your truest treasure.

This article was first published in September 2017 in The Lois Project. Reprinted with permission. The Lois Project is a Missional Motherhood Collective that aims to empower moms and mentors in their Christian faith. They share real stories and insights from women around the world as a means of connection and encouragement and to cultivate a sincere faith that influences future generations.

Top image: Photo of woman reading Bible outdoors, by Ben White on Unsplash. Free to use under the Unsplash License.

Stephanie Smith is a senior woman leader in Word of Life community in Ann Arbor, Michigan, USA. She and her husband Dan are also on the leadership team for Detroit Community Outreach. Stephanie grew up in India and Bangladesh as the daughter of English missionaries. After returning to England in her mid-teens she attended university in Belfast, Northern Ireland, worked as a college professor and research scientist before marrying and moving to Ann Arbor, Michigan, USA. She worked for Michigan Family Forum, a pro-life group based in Lansing, before having three children. She home-schooled her children up to high-school after which she returned to teaching. Dan and Stephanie currently live in Ypsilanti, Michigan, USA.