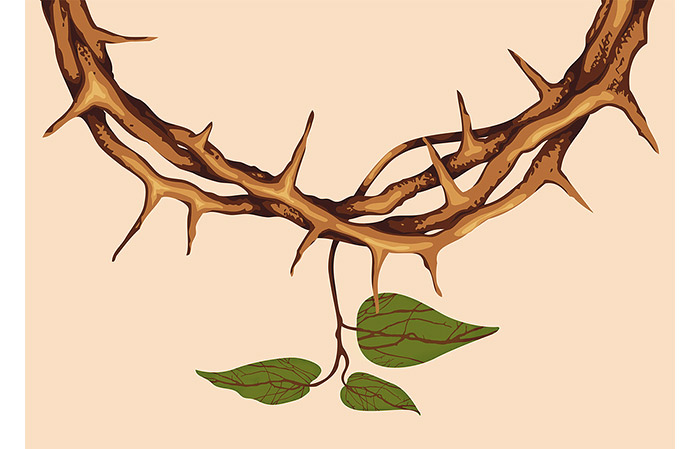 This psalm is a song written for travellers. It is for people ‘on the move’. The heading tells us it is a ‘song of ascents’ and therefore composed especially for pilgrims going up to Jerusalem to meet with God and respond to His word.

Because of this, it is particularly appropriate for Pentecostals and ‘Charismatics’ meeting for a Prayer Vigil in Jerusalem. We belong to a ‘movement’.  Pentecostals are more comfortable with this word than Charismatics, who prefer the word ‘Renewal’. But we are ‘on the move’ as surely as the early pilgrims climbing the hills to the city of David.

We need to affirm the important link between these two divine imperatives. In John 11:51-52 Caiaphas prophesied that Jesus would die for the Jewish nation and for God’s scattered children. This would bring them all together and make them one. Jesus died to save and unite His people.

This comes out even more clearly in Christ’s high-priestly prayer in John 17. In the early part of it He is interceding for the apostolic team. ‘I pray for these men,’ He says (v. 20). But then He widens the scope of His prayer: ‘but I am also praying for all people who will believe in Me because of the teaching of these men. Father I pray that all people who believe in Me can be one…then the world will know that You sent Me.’ Here one of the purposes of unity is evangelism. A disunited Church has a weak testimony to a divided world.

Because Jesus prayed this prayer we can be sure of three things: 1. What He prays for is the will of God; 2. the prayer will be answered, in time; 3. we have a part to play because Jesus did not pray for unity on its own. We are part of the answer to His prayer. Jesus prayed for all who believe, that is, all Christians; therefore we all have a part to play in seeing that His prayer is answered.

Jesus’ prayer for unity was in the upper room before the disciples crossed the Kidron into Gethsemane, where Jesus prayed again.  ‘My heart is full of sorrow and breaking in sadness’, He prayed (Matthew 26:38).  Perhaps Jesus’ sorrow included the disunity of the Church, the dismemberment of His Body on earth, as well as the Cross He was about to endure.

Someone has said that Jesus has suffered three humiliations. His incarnation, when He came from the glory of heaven to the manger at Bethlehem; His death, when He was cruelly killed by His enemies. And the divisions of the Church, His own Body, which have caused Him so much pain and suffering, and weakened the effectiveness of our witness.

We know that discernment is an important key to good leadership, and that one way of seeing it is to ‘have the mind of Christ’. Then unity comes from ‘the heart of Christ’. To long for Christian unity, and pay the price for it, is to be close to His heart. We can see three important aspects of unity when we look at the pilgrim song of our Psalm.

1. Unity is something that comes from above

In this Psalm the fragrant oil is poured on the priest and the dew falls on Mount Hermon. Both come from above and both are words used to describe the coming of the Holy Spirit in Acts. The prophecy of Joel was that Pentecost would be an outpouring of the Spirit, and in Acts 8 it is said that the Spirit had not yet ‘fallen’ on the Samaritans. The Holy Spirit in both cases came ‘from above’.

Unity, like being baptised in the Spirit, is a divine gift. There is a need for human co-operation, but the blessing itself comes from God and no-one else.

When Acts describes the different events in which the blessing was given there is a builtin message that can be missed if we only see it as the gift of power. Acts 8 was a deep unity experience for Jews and Samaritans who had been locked for centuries in theological disputes which separated them. Acts 10, the Gentile Pentecost, was an experience of unity for Jews and Gentiles, who had been racially divided from the start. This event in Acts 10 was an argument-stopper. Peter said to the church leaders, ‘God gave the same gift that He gave to us who believed in the Lord Jesus Christ. So could I stop the work of God? No!’ (11:27). We are also told that ‘when the Jewish believers heard this, they stopped arguing. Instead they praised God and said, ‘So God is allowing these non-Jewish people also to turn to Him and live’ (verse 18).

If we look at our Pentecostal/Charismatic history we see it as both an argument-stopper and a grace of unity. When God began to baptise Episcopalians in the Spirit, the Pentecostals could not argue. They had to accept them. When Roman Catholics began to speak in tongues and worship the Lord in the Spirit, Anglicans and Protestants were bound to receive them. We could not criticise God, far less try to stop this work of His. We were being united because we could see Christ in each other by the Spirit;

Unity, like perfume, smells good. As God anoints us with the Spirit of unity, so, like a deodorant, it covers unsavoury odours of the past and the present. Church history has some sad chapters as well as glorious ones, when greed, a competitive spirit, aggressiveness or a callous disregard for the sanctity of the Body of Christ, has stank. Pouring out this oil on the priest was also a messy business. It not only smelt, it stuck! Unity is like that. Some receive it as a blessing, others as something they don’t want. But it helps people to stick together, even if it is not usually neat and tidy.

Dew is odourless, but it looks good. There is something magical, refreshing, but transient, about it. It sparkles in the early morning, but disappears in the heat of the rising sun. We can learn from this that our unity is delicate or fragile. As we discover more of this anointing of unity, we need to be careful to do what Paul advises: ‘make every effort to keep the unity of the Spirit through the bond of peace’, (Ephesians 4:3 NIV) . One false statement, a careless word, an uncharitable act, can put it all at risk.

Finally, this God-sent unity, as we receive it and keep it fresh as the morning dew, is where ‘the Lord commanded the blessing’ (Psalm 133:3. A.V.). It is a vital gift for world evangelisation. The dew of Hermon, according to this Psalm, will ‘come to the hills of Jerusalem’. We all need a fresh anointing, as we travel together as pilgrims to the new Jerusalem.

We often talk about ‘anointings’. Here is one of the most important, and Jesus prayed that we would all receive it. There are many we could mention who exemplified this grace. I would like to mention one: David du Plessis. For him, unity was a painful journey; he was criticised, ostracised and misunderstood. But he was faithful and paid the price. A few days after his death, the first Singapore Consultation (later ICCOWE, International Charismatic Consultation On World Evangelism) took place. It has led on to this Jerusalem Prayer Vigil, where many of David’s dreams are being fulfilled. David wore Christian unity as a crown of thorns. But praise God it is now for him a crown of glory!

This article is made available from the Father Michael Harper Foundation. The foundation website provides a number of Michael Harper’s books and articles online at: http://www.harperfoundation.com/books.html.

Top image credit: An illustration of a crown of thorns and a young twig, from Bigstock.com, © by paseven, stock photo ID: 442124666.

Archpriest Father Michael Harper (1931-2010) was a world-renown leader in the charismatic renewal movement. He was a minister in the Anglican Church for 40 years. He joined the Eastern Orthodox Church in 1995, and was appointed Archpriest of the Antiochian Orthodox Deanery of the UK and Ireland.

He and his wife Jeanne formed the Fountain Trust in 1964, which organized charismatic conferences all over the world at which he addressed thousands of people. Jeanne co-edited the songbook, Sound of Living Waters, which is still used by many charismatic churches today. Harper also founded Soma (Sharing of Ministries Abroad), which was committed to sharing ministries between the developed and developing world.

He was involved for many years with the World Council of Churches. He spoke at several Catholic meetings. He met Popes Paul VI, John Paul and John Paul II.

He also edited Renewal, the longest-established charismatic magazine in the world. He wrote 18 books, including the bestseller Equal and Different, which set out his views on women’s ordination and the gender debate. Colleagues remember him as a man with the ability to build friendships across the Christian traditions. A gentle and humble man, Harper was nevertheless a dynamic speaker and networker, able to draw people in, whatever their background or differences from himself. He is survived by his wife, Jeanne.